Salah? I can count on Cengiz Under – Di Francesco

Liverpool, April 24: Roma coach Eusebio Di Francesco is refusing to dwell on what might have been had the capital club not sold Mohamed Salah to Liverpool, instead focusing on the talent he still possesses in Cengiz Under.

Salah has enjoyed a marvellous debut season at Liverpool after he joined them in a deal that could potentially rise to €50million, with the Egypt star equalling the record for the most Premier League goals in a single 38-match season with his 31-goal haul.

Salah also has nine Champions League goals in 12 appearances this term, playing a pivotal role in the Reds reaching the last four. 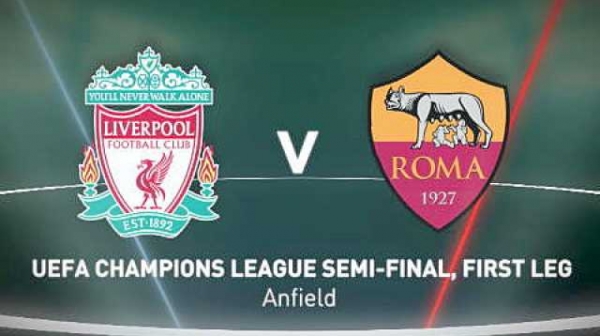 Di Francesco never got the chance to coach Salah, as Roma sold him to Liverpool before pre-season training began in July, but he insists he is unperturbed, highlighting the talents of Under, the 20-year-old Turkish attacker who has impressed in his first season in Italy.

When asked about Kevin Strootman's recent suggestions Roma are preparing for Salah like they did Lionel Messi, Di Francesco told reporters: "Strootman has become very smart, but I can assure you we didn't prepare the match based on Salah.

"And plus, Salah is not here anymore, but I can count on Under, a young, skilled player.

Di Francesco: "Liverpool don’t wait around and are very attacking. They’ve got a great ability to play the ball forwards quickly.

"Cengiz and Schick each have a 50% chance of playing: it’s between those two for a place in the starting line-up." #ASRoma #UCL #LFCRoma pic.twitter.com/VD2sxESPIX

"My philosophy is to move on. Once again, we've not focused on specific players. We'll pay special attention to all their best players, not just Salah."

Roma warmed up for Tuesday's trip to Anfield by beating SPAL 3-0 in Serie A, though Di Francesco scoffed at the idea he may have used that game as preparation for Liverpool.

"First of all, there's no comparison between Liverpool with our latest rival in the league," he said.

"Liverpool is a great team, the team with the most vertical passes in the Champions League.

"They have proven themselves in the Champions League and Premier League. We're here to play our game, impose our style, but we want to make the most of Liverpool's weaknesses.

"We've shown we've progressed in terms of mentality and we need to prove that tomorrow [Tuesday]."