Mohun Bagan merge with ATK; to play as ATK-Mohun Bagan in next ISL season

Kolkata, Jan 16: Mohun Bagan will be rechristened ATK-Mohun Bagan from next season after the iconic club merged with ATK FC on Thursday by selling majority state to the RPSG Group, which owns and runs professional football club ATK FC.

This move will see the two football clubs coming together into a new merged identity to compete in the rapidly growing professional Indian football landscape. The merged club will come into existence in June.

The new football club will have brand names of ATK and Mohun Bagan. RPSG Group will become 80 % majority shareholder alongside Mohun Bagan Football Club (India) Private Limited owning the remaining 20 % shares. The name of the merged club will be ATK-Mohun Bagan. 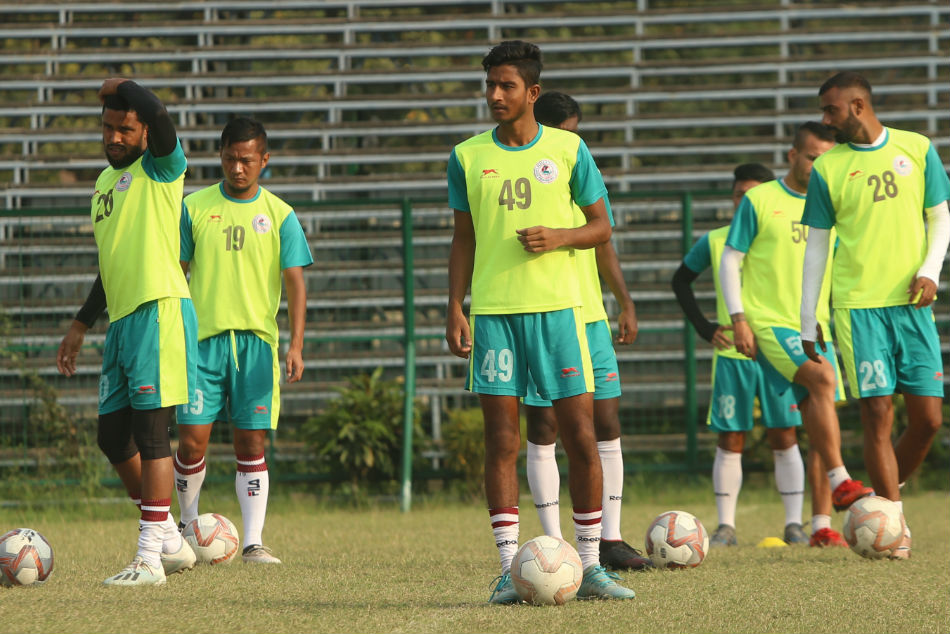 Mohun Bagan set to merge with ATK, play in ISL next season

The amalgamation of two powerhouses from West Bengal holds an immense potential to take forward the rich legacy of the State into the new footballing era of 21st century. Kolkata - popularly known as the mecca of Indian football has ruled the sport for decades. The deal further promises to deliver a new and exciting element of football to the Indian fans.

Welcoming Mohun Bagan into the group Dr. Sanjiv Goenka, Chairman, RPSG Group said: "RPSG Group which has a 200-year-old legacy is humbled and honoured to welcome Mohun Bagan with folded hands and open arms to the RPSG family. RPSG Group is known for acquiring and growing legacies such as the 120-year-old CESC, 150-year-old Spencer's Retail, and the 100-year-old Saregama. Personally, it's an emotional reunion for me as my father Late Shri R P Goenka was a member of Mohun Bagan."

Commenting on the unison and opportunities it presents Swapan Sadhan Bose, Chairman, Mohun Bagan Football Club (India) Pvt. Ltd. said: "As much as we want the romance of the Maroon and Green jersey and it's 130-year-old tradition to continue, there comes a time when romance almost invariably requires a partner named practicality. To usher into the new era of football, you need bigger investments and a corporate force to take it forward. This is undoubtedly a harsh and the bigger truth.

"In this context I am very thankful to India's one of the most well-known industrialists and our Kolkata's very own Dr. Sanjiv Goenka for his investment through RPSG. Their vision on Indian football aligns with our philosophy and our combined forces will surely take the club to a bigger and greater heights. In this respect it is a red-letter day in the history of this iconic institution. I thank Dr. Goenka profusely for partnering our dream. His father, the Late R.P. Goenka was a good friend of mine. Apart from his legendary acumen as a businessman, RPG had a huge fondness for Mohun Bagan and was one of our members. Whenever we met business took a back seat and discussions on the club moved in the forefront.

"I can assure millions and millions of Bagan supporters spread across the globe, that the poetry will continue. Now that the prose is ready to lend a helping hand."

The merged club will come into existence from the 1st June, 2020 and will compete in Hero Indian Super League season 2020-21, along with other important competitions of the All India Football Federation calendar.

It was also announced that the members of the Mohun Bagan Athletic Club will continue to get discounted tickets for all home matches.