London, Sep 1: Arsenal battled back from two goals down at home to draw with rivals Tottenham on Sunday in the final Premier League match before the first international break of the season.

The two north London sides were aiming to bounce back from defeats to Liverpool and Newcastle United respectively but had to settle for a point apiece, despite Spurs leading 2-0 late in the first half of a gripping derby. 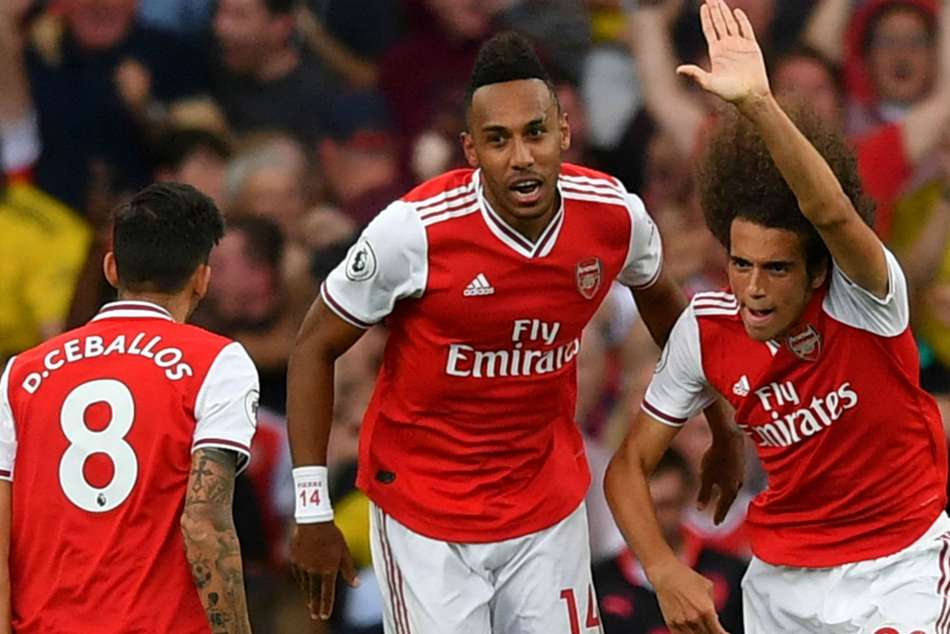 Gunners battle back through Lacazette and Aubameyang

The result leaves Arsenal fifth in the table on seven points, while Tottenham are ninth, having not won since the opening day of the season.

Elsewhere, Everton extended Wolves' winless start to the season with a 3-2 victory at Goodison Park thanks to Richarlison's brace in another entertaining back-and-forth.

GUNNERS SHOW SPIRIT IN ANOTHER CLASSIC

North London derbies tend to live up to the hype and this one did not disappoint, with Arsenal recovering from a demoralising first 40 minutes against Tottenham.

Christian Eriksen returned to the Spurs XI following speculation surrounding his future and netted the opener against the run of play, before Harry Kane converted a penalty foolishly conceded by Granit Xhaka to double the visitors' advantage.

However, Alexandre Lacazette superbly reduced the arrears before half-time and a chaotic second half saw big chances at both ends, with Kane striking the post.

Tottenham could not hold on as Pierre-Emerick Aubameyang expertly flicked in to equalise, while an offside flag denied Sokratis Papastathopoulos the winner as both sides pressed in the closing stages.

MILESTONES FOR ERIKSEN AND KANE

It was wholly predictable that Eriksen would have a key role on his recall and the close-range finish brought up an impressive milestone.

By scoring his 50th Premier League goal, the midfielder became the first Tottenham player to net 50 times in the competition while also providing a half-century of assists.

50/50 – Christian Eriksen has now scored 50 Premier League goals – the first Danish player to reach this landmark – whilst also becoming the first Spurs player to register both 50+ goals and assists for the club in the competition. Pastry. pic.twitter.com/6ydreoSA8F

There was history for Kane, too, as he drew level at the top of the all-time north London derby top-scorers list. Along with Bobby Smith and Emmanuel Adebayor, he now has 10 in all competitions.

The Spurs duo would surely have preferred to reach such landmarks in a victory, as appeared likely when Kane struck.

The day's top-flight action got off to a barnstorming start with three goals in the first 12 minutes between Everton and Wolves at Goodison Park.

Richarlison capitalised on a Conor Coady mix-up with Rui Patricio to superbly strike the opener, before the visitors quickly hit back through Romain Saiss – the midfielder prodding past Jordan Pickford after good work from Adama Traore on the right.

The response at the other end was equally swift, however, as Alex Iwobi nodded in Gylfi Sigurdsson's cross.

Jordan Pickford made a superb stop from Patrick Cutrone to keep Everton in front, but Raul Jimenez benefitted from the chaos following a long throw to bravely nod into the corner 15 minutes from time.

Richarlison had the last laugh, towering above Willy Boly to head in the winner and then provoking a stoppage-time challenge that saw the same defender sent off.