London, Sept. 28: Harry Kane got the winning goal as Tottenham eased the pressure on Mauricio Pochettino with a 2-1 win over Southampton, despite an awful Hugo Lloris error and Serge Aurier's first-half dismissal. 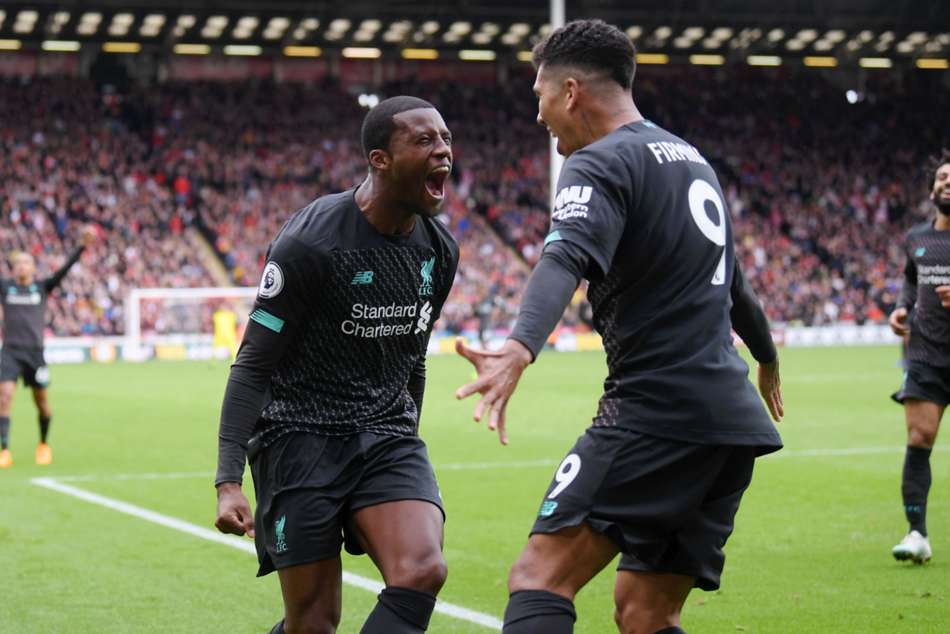 Spurs' underwhelming start to the season took a turn for the worse with Tuesday's EFL Cup elimination by League Two's Colchester United, exacerbating the aura of frustration at the club.

But they showed admirable character to see off Saints in tricky circumstances.

Tanguy Ndombele's opener was soon forgotten when Serge Aurier's sending off for two bookings was followed by a diabolical Lloris mistake that gifted Danny Ings an equaliser.

But Kane converted after a devastating break at the end of the first half and 10-man Spurs managed to hold on in the face of intense pressure after the break, with Lloris making a couple of fine saves to go some way to making up for his earlier calamity.

It was not a match synonymous with displays of fine goalkeeping, as the hosts opened the scoring in the 24th minute when Angus Gunn let Ndombele's left-footed strike from the edge of the box in despite it being almost straight at him.

Lloris then contrived to take the focus away from everyone else 15 minutes later, comically failing to clear under pressure from Ings, who bundled over the line after the goalkeeper's attempted 'Cruyff turn'.

That came shortly after Aurier was dismissed for two bookings – the second for a cynical tug on Ryan Bertrand – in quick succession, but Spurs still went into the break ahead.

Son Heung-min, Christian Eriksen and Kane linked on a breath-taking counter and the latter finished into the bottom-left corner.

Lloris went some way to restoring a semblance of authority in the second half with two wonderful stops to deny James Ward-Prowse's long-range free-kick and then a Maya Yoshida header as Spurs held on.

What does it mean? Spurs up to fourth

For all the doom and gloom surrounding Spurs this week, their overall outlook in the Premier League is actually brighter than many would expect.

Victory lifted them up to fourth on goal difference, with six teams on 11 points. Pochettino will surely feel a little more relaxed with the triumph.

While he was not necessarily at his remarkable best, there is no doubt Son made the difference. He set up Ndombele's opener and then played a vital role in the counter for Kane's strike. The forward also worked hard off the ball, making four tackles.

Although Lloris was certainly a contender for flop of the match, Aurier's somewhat typical rashness left Spurs a man light for an hour. Too often he is a liability for Pochettino – he is surely running out of chances after two yellows in the space of four minutes.

Spurs return to Premier League action next Saturday at Brighton and Hove Albion, but not before hosting Bayern Munich in the Champions League on Tuesday. Saints welcome Chelsea a week on Sunday.

Lampard off the mark with first home Premier League win

A Jorginho penalty and a deflected strike from Willian earned Chelsea their first home Premier League win under Frank Lampard as they beat Brighton and Hove Albion 2-0 on Saturday.

Lampard's men had drawn two and lost one of their opening three matches at Stamford Bridge this term, but they deservedly got off the mark on this occasion.

Brighton, now beaten in all nine of their league meetings with Chelsea, survived an onslaught on their goal in the first half but Adam Webster gifted the Blues a spot-kick early in the second half.

Jorginho converted from 12 yards after Webster had brought down Mason Mount, who pounced on the defender's heavy first touch in the box, while Willian added a second 14 minutes from time to send Chelsea up to sixth in the table.

Tammy Abraham was unable to make any contact with Mount's inswinging free-kick in a first half dominated by Chelsea, the ball going right through and coming back off the post.

Mat Ryan was equal to shots from Ross Barkley and Pedro, who both should have been doing better with just the Brighton keeper to beat, while Marcos Alonso volleyed wide from close range shortly before the interval.

Chelsea's much-merited breakthrough goal arrived five minutes into the second half, however, as Webster brought down Mount and Jorginho sent the penalty into the bottom-left corner - the 100th to be scored at Stamford Bridge in the Premier League.

Ryan temporarily kept Brighton in the match by producing good saves to deny Pedro and Abraham, who was played in by a poor pass from opposition midfielder Dale Stephens.

However, Willian sealed victory for Chelsea, powering an effort past Ryan via a deflection off Dan Burn - who had just grazed the bar with a header from a corner at the other end.