Bhubaneswar, April 17: Down by a goal at the interval and reduced to 10 men after Nishu Kumar was given marching orders in the 50th minute, Bengaluru fought all odds to stage a classic comeback and beat Mohun Bagan 4-2 in the semi-final of the Super Cup at the Kalinga Stadium in Bhubaneswar on Tuesday (April 17). 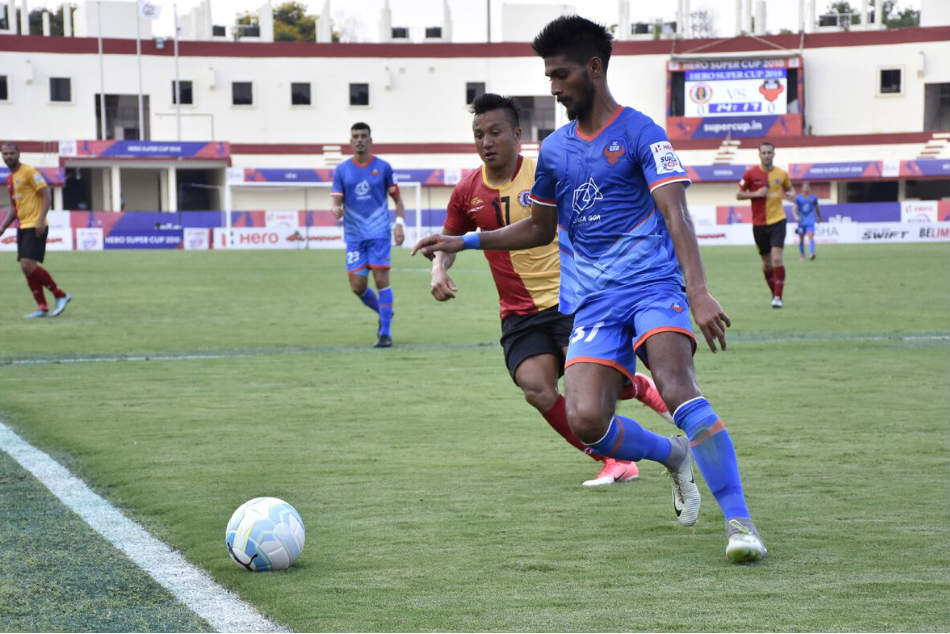 Unperturbed after being reduced to 10, Nicolas Fedor (Miku) scored a hat-trick to turn things around. And as if that wasn't enough, captain Sunil Chhetri ended the proceedings with a sublime strike, which was undoubtedly the goal of the match. 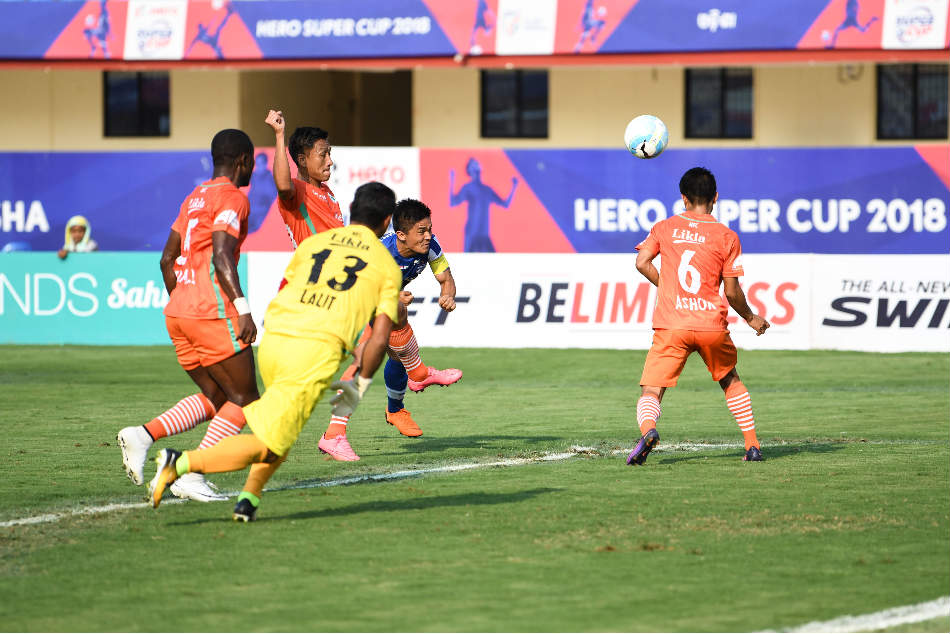 All of that happened after Aser Dipanda Dicka had put Bagan in the lead in the 42nd minute. Dicka did manage to reduce the margin in added time scoring another, but it was a bit too late.

Bengaluru FC now face East Bengal in the final, slated to be played at the same venue on April 20.

Mohun Bagan coach Sankarlal Chakraborty exuded confidence in the same Starting XI which put it across Shillong Lajong FC in the quarter-finals and went for a 4-4-2 formation. Experienced defender Kingshuk Debnath started, with Aussie Cameron Watson playing the role of the defensive midfielder and Nikhil Kadam and Sk. Faiaz manning the wings. The two men upfront were Lebanon's Akram Moghrabi and the in-form Cameroonian striker Dipanda Dicka.

We caught the skipper and @UdantaK in the Blues' dugout and they were joined by a man who made his return from injury. Watch! #MBvBFC pic.twitter.com/uqMDGcvgN2

On the other hand, Alberto Roca started with a 4-3-3, with India captain Sunil Chhetri leading a three-man forward line consisting of Venezuelan Miku and fellow national team colleague Udanta Singh.

The first chance of the game fell to Nikhil Kadam in the 7th minute but he muffed up a left-footer -- shooting wide with just goalkeeper Gurpreet Singh Sandhu to beat.

In the 42nd minute, Bagan's dependable Dipanda Dicka gave the Kolkata side the lead. Akram latched onto a Nikhil Kadam header over Harmanjot Khabra on the left of the Bengaluru box. He put in a left-footed grounder across which went past two Bengaluru defenders and Gurpreet to find Dicka, who tapped in with his left foot.

.@nishukumar22 was given his marching orders for a foul on Nikhil Kadam, but the Blues shifted gears and transitioned well to hold the Mariners and win it 4-2. #MBvBFC pic.twitter.com/FeVly6PoDr

Bengaluru ended the half with two bookings as well. Chhetri had earlier been booked for a challenge in the 38th minute and just before the half-time whistle, Harmanjot Khabra was also booked for a rough tackle.

At the start of the second-half, Bengaluru brought in Spaniard Antonio Toni Rodriguez for Harmanjot Khabra and started as the more positive side. In the very first minute, Haokip hit straight to Bagan custodian Shilton Paul from close.

BFC suffered a jolt in the 50th minute when a long clearance found Nikhil Kadam in the clear inside the Bengaluru half with only Gurpreet to beat. But his run was halted by Nishu Kumar who fouled him from behind and was promptly red-carded.

That seemed to have urged Bengaluru on more than Mohun Bagan and in the 62nd minute, Miku equalised.

The first was a clinical finish off an Udanta cut-in from the right. The second in the 65th minute was an intelligent quickly taken free-kick, initiated outside the Bagan box by Miku himself and cheekily supported by Toni Dovale, which also saw a cool finish from the Venezuelan. The third was off a penalty in the 89th minute when Rana Gharami brought Udanta down inside the box.

Chhetri completed the rout in the 90th minute when he followed Gurpreet Singh Sandhu's long-kick, cut past his marker and pulled up delightful curler from outside the top-right corner of the Bagan box, which beat a diving Shilton Paul.

Dicka did get one back in added time but it was too late by then.