Bhubaneswar, April 12: I-League surprise runners-up NEROCA FC will take the fight to Bengaluru FC when they meet in a Super Cup quarterfinal at the Kalinga Stadium in Bhubaneswar on Friday (April 13). Bengaluru FC had Sunil Chhetri to thank for pulling off a last-gasp win over New Radiant SC of Maldives in the AFC Cup on Tuesday and just three days later, the Blues are lining up for a crucial last-eight clash in Odisha. 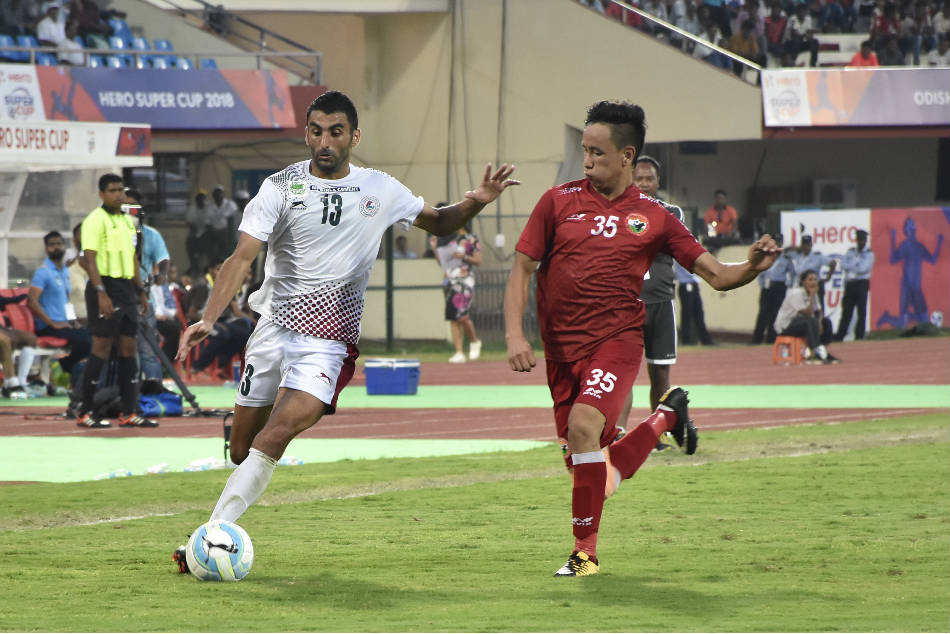 Coach Albert Roca said he'll stick to his philosophy of playing controlled possession football and will not drop their levels at any time. "We can't drop our levels and have to be up there consistently. We always try to win and it's something I try to impart to the players as well," Roca said on Thursday (April 12).

Wasn't part of the training drill this. Simply succumbing to the comfort of the cushion! @GurpreetGK pic.twitter.com/pOnZTv8MRl

The coach said he considers both the AFC Cup and Super Cup a top priority this season after falling short during the Indian Super League final against Chennaiyin FC. "All competitions are important for us, we can't choose just one. The Super Cup is a knockout competition while the AFC Cup has multiple matches in the group stage," he said.

He added: "We are playing two competitions simultaneously, and to achieve the goals the club wants, makes the situation tough. But we're professionals and positive. The fact that we're playing more competitions, shows we're one of the top teams in the country."

We're at training here in Bhubaneshwar and @Subhasishbose17 has very casually scored a golazo.

Young defender Subhasish Bose rated NEROCA FC very highly. "They are a very good team. We'll try our best to win the match. Coach is there to plan the strategy and we'll give our everything to execute them on the pitch," he said.

The Blues have set a trend of leaving it late to snatch a winner as they did in their last AFC Cup outing as well. On being asked about the AFC Cup outing, Roca said, "We are a team that never surrenders. Even if we're winning or trailing we never give up. That's our philosophy. We keep fighting right till the end, and that's probably why we get goals in the final few minutes of the game."

NEROCA FC are brimming with confidence after their terrific win against Kerala Blasters FC. But coach Gift Raikhan mentioned that they were 'lucky' to clinch the win and they've to fight more to stage another win against BFC. "We were lucky against Kerala Blasters to come back from two-goal down and winning it till the end. Another challenging match awaits us tomorrow. Bengaluru FC are a very tough side and we respect them a lot," he said. "We need to keep on fighting. Football is all about giving 100% effort and the performance on the pitch. We are ready for the match," Raikhan added.

On being asked whether the Oranges have any strategy against the deadly attacking line-up of Miku and Sunil Chhetri, skipper Lalit Thapa said, "They have a good combination and they attack collectively. Sunil is one of the best players now and obviously, we are taking them very seriously. We have to have a meticulous plan to defend them from scoring.

"We have plans for the entire team. We don't need to talk much about that, we just want to give our 100% effort on the pitch."