New Delhi, April 27: Senior India goalkeeper PR Sreejesh has been named as the captain of Indian Men's Hockey team. Women's captain Rani Rampal has also been named the skipper of the women's team until the end of the year.

Sreejesh returns to the leadership role after coming back from an injury break while Rani continues in her position for all the tournaments in 2018 including Hockey Women's World Cup London 2018 slated in July and 18th Asian Games in Jakarta. 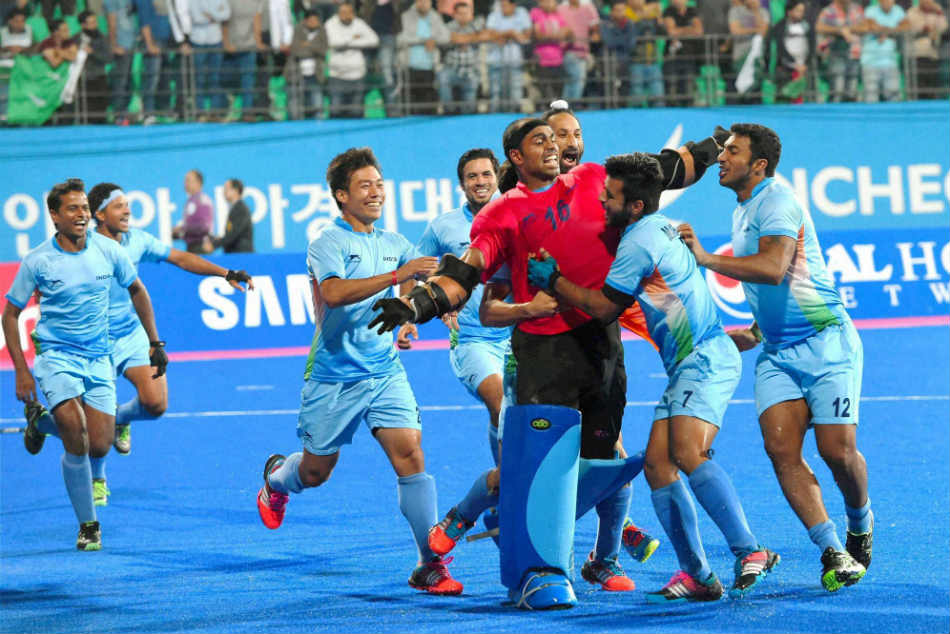 Sreejesh on healthy competition between seniors and juniors

Sreejesh was given the captaincy in 2016 for the FIH Champions Trophy where India, under his leadership, won a historic silver medal. He was entrusted the leadership mantle for the Rio Olympics.

He also shouldered the responsibility of mentoring the junior men's team as goalkeepers Vikas Dahiya and Krishan Pathak put up excellent performances at the Junior World Cup in 2016 when hosts India won the title.

During the 2017 Sultan Azlan Shah Cup, the experienced goalkeeper tore his anterior cruciate ligament in his right knee. Sreejesh returned to action at the four-nation invitational hockey tournament in New Zealand in January 2018 putting up a strong performance where India finished second.

Rani, meanwhile, stepped up in to the role of captain guiding India to an Asia Cup win. Under her leadership, the team climbed from 12th to the 10th position. Always leading from the front, Rani also led the team to make a semifinal appearance, first in 12 years, at the Gold Coast Commonwealth Games.

Manpreet Singh was named the captain of the Indian Men's Hockey team for the Sultan Azlan Shah Cup 2018 and Commonwealth Games 2018, but India's performance in both these events was a tad too poor. India were billed as top medal contenders in both these events but failed to put up an impressive show and that could be a region for the rejig in team's leadership.

"Besides being exceptional players, both Sreejesh and Rani command great respect. The two have led the country with great enthusiasm and we believe using their experience, they will continue to do that in this all-important calendar year where both the teams have important tournaments like World Cup and Asian Games to play in," said Mohd Mushtaque Ahmed, Hockey India's secretary general.

"The idea behind announcing one captain for all events until the end of the year was to bring stability to the core of both the teams."