Nitu (48kg) and Jasmine (60kg) were the others boxers, who also sealed spots for the quadrennial event. 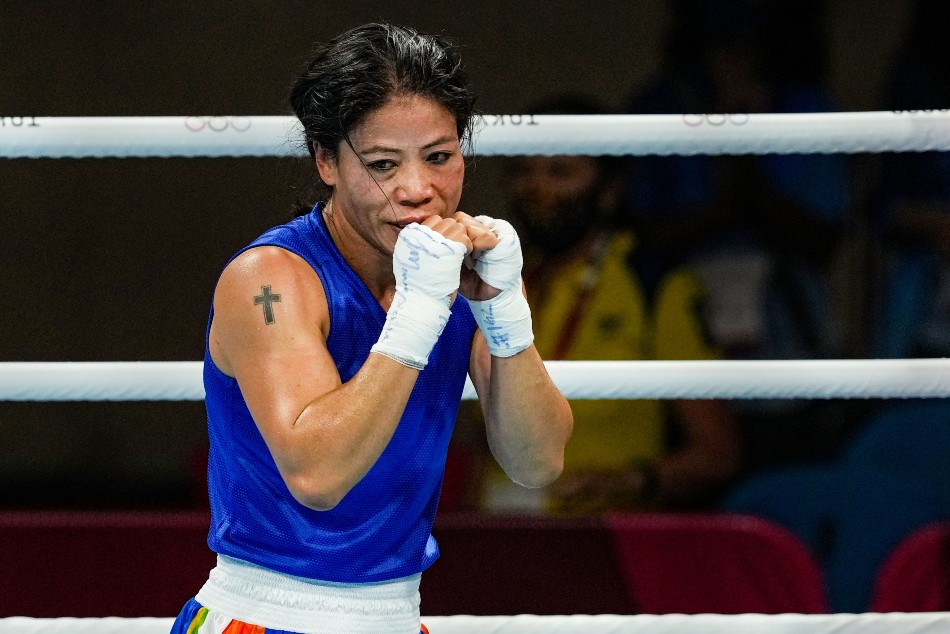 The six-time world champion injured herself in the first round of the 48kg semifinals, literally ruling her out of contention for CWG 2022 to be held at Birmingham from July 28 to August 8.

The most decorated Indian boxer had given the World Championships and Asian Games a miss to concentrate on the CWG 2022, but luck was not on her side.

Nikhat looked in control throughout her bout, landing clear punches as she danced around the ring.

Nikhat had created history in the month of May when she clinched the gold in flyweight (52kg) division with a facile 5-0 win over Thailand's Jitpong Jutamas in the final of the Women's World Championship in Istanbul, Turkey.

Capping off a stupendous campaign that saw her dominate all her rivals, the Telangana boxer out-punched her Thai opponent to win via unanimous verdict with judges scoring the bout 30-27, 29-28, 29-28, 30-27, 29-28 in her favour.

Nikhit is only the fifth Indian women boxer after Mary Kom, Sarita Devi, Jenny RL and Lekha KC (to have who have won the world title.

The Haryana boxer is enjoying a good year. She had won the gold at the Strandja Memorial tournament earlier this year.