By Russell Greaves
Updated: Friday, December 13, 2019, 14:37 [IST]
omnisport-MyKhel Team
After coming in for criticism from Shaquille O'Neal and Charles Barkley, Joel Embiid was in fine form on against the Boston Celtics.

The Philadelphia 76ers dished out a first home loss of the season to the Boston Celtics, with Embiid the star man.

He registered a double-double as the 76ers triumphed 115-109, ending the Celtics' 10-match winning run at TD Garden. 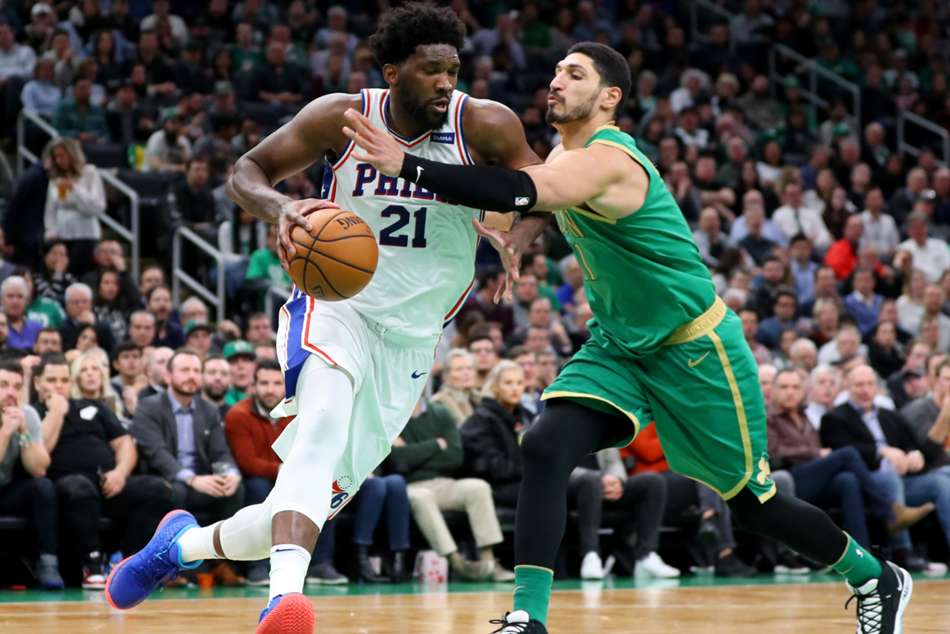 Embiid's eye-catching performance came after NBA legends O'Neal and Barkley suggested he was failing to live up to his promise.

"For them to say that I have the potential to be the best player in the world, and I haven't shown that, and I should let it be shown, that says a lot," Embiid said in quotes reported by ESPN.

"They've been there, they've done it, they're Hall of Famers, so it just shows me I have to play harder and like I can.

"I actually called Shaq [on Wednesday] - he thought I was mad at him. I was like, 'No, I understand what he was saying.'

"I've had a bad year so far. I've been kind of frustrated, just because you're not seeing the teamwork and you try to fit in with your new team-mates. Just be aggressive ... just go out there and just dominate.

"Whatever they said, I think it was good for me."