Pune, April 13: Delhi's Honey Baisoya romped home to a comfortable seven-shot victory at the Rs 30 lakh Pune Open Golf Championship 2018 with a course record total of 22-under-262. The 21-year-old, with an insatiable appetite for low scores, signed off with a last round of six-under-65 at the Poona Club Golf Course on Friday (April 13) that helped him capture his fifth career title and also move into the lead in the PGTI Order of Merit. 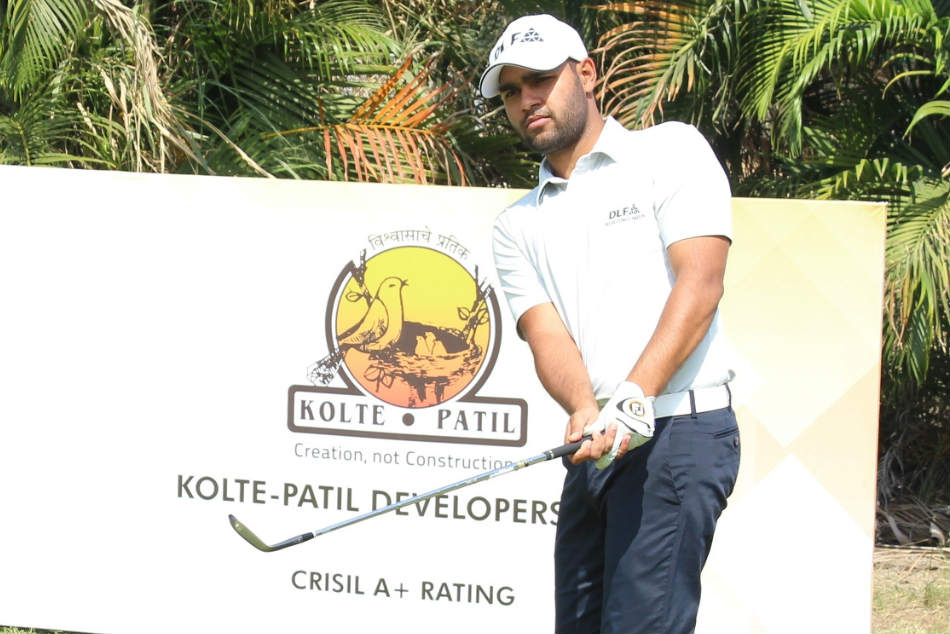 Honey Baisoya (66-64-67-65), the overnight leader by two shots, looked in no trouble from the very outset on day four. Baisoya's four-under on the front-nine swept aside the challenge of all his fellow competitors as he enjoyed an almost unassailable seven-shot lead at the turn. Honey built the early lead thanks to some long birdie conversions, especially on the third and sixth.

The professional from the Delhi Golf Club went on to add four more birdies against two bogeys on the back-nine to close out the match and put behind the disappointment of a couple of runner-up finishes in the last six months. He picked up a cheque of Rs. 4,84,950 for his effort that pushed him up from third to first place on the PGTI's money list.

Baisoya said, "I started well with birdies on the third and sixth, so didn't feel any pressure for the rest of the round. I was actually quite calm through the week. I feel the crucial moment today was when I had a three-shot swing in my favour after I birdied the third while OP (Om Prakash Chouhan) double-bogeyed the same hole. There was no looking back for me after that as I had stretched my lead to four shots.

"I'm glad that I surpassed my week's target of 20-under. It feels even better to know that I broke the course record for four rounds. I made a lot of putts this week and my ball-striking was exceptional on the last two days. I made as many as 29 birdies and an eagle during the tournament.

"Losing in the playoff in Bengaluru last year was really hard for me. It affected my confidence. I came close to winning a tournament again in Kochi earlier this year but couldn't take my chances. This win helps me get back into the winning habit. My confidence is back now," added Honey, who had won two titles last year.

Udayan Mane's last round 66 helped him gain four positions and finally finish in tied second at 15-under-269. Arjun Prasad also claimed joint second after his 67 helped him climb three spots from his overnight fifth. Om Prakash Chouhan's fourth round of 70 saw him slip from sole second in round three to tied second on Friday.