Woodland profits as Reed implodes but Tiger two back in Bahamas

Patrick Reed had been three clear of the chasing pack through two rounds, yet his miserable Friday blew the tournament wide open in the Bahamas.

While a number of stars consequently had the opportunity to claim the lead, it was Woodland who moved into pole position thanks to drama that continued to the 18th hole. 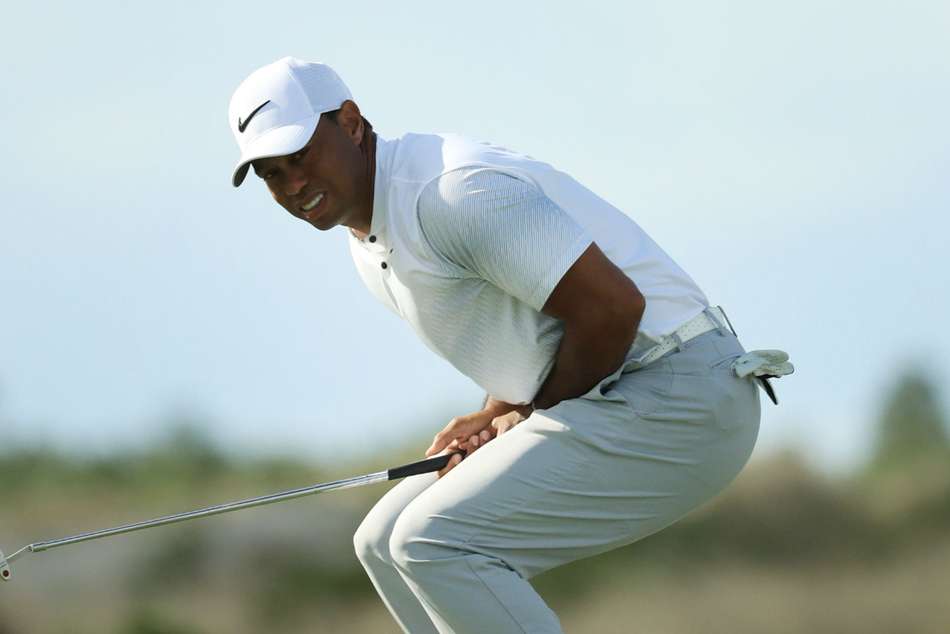 Woods leads before Hoffman hits front in the Bahamas

Henrik Stenson had been two clear of a group of four in a tie for second when he birdied the 17th, only to see the tables turn at the last.

The Swede bogeyed for the first time all day, a four-under 68 dropping him to 12 under, as Woodland made gains on each of the final two holes.

The U.S. Open champion moved to 13 under, a stroke ahead of Stenson, who appeared to be level with Reed as play finished.

Impressive back-to-back birdies on 17 and 18 has @GaryWoodland in the solo lead at -13 after three rounds. pic.twitter.com/SdgR9cJNpd

However, Reed, who made par at every hole on the front nine, before originally scrambling to a 72 with a birdie at the last, was handed a two-stroke penalty that amended his score to 74.

Reed twice appeared to shift sand from behind his ball at the 11th hole, and PGA Tour officials subsequently confirmed he had violated Rule 8.1a (4), which relates to "removing or pressing down sand or loose soil".

That leaves the 2018 Masters champion three back from Woodland.

Woods is well positioned, though, having fired again after a 66 on Thursday boosted him to within six of then-leader Reed.

The 15-time major champion carded a five-under 67 - with four birdies on the back nine - in an effort that was matched by Justin Thomas, also on 11 under in a three-way tie for third alongside Jon Rahm.

Justin Rose surged into contention with four birdies over the first six holes, but he tailed away to card a 71, leaving him seven behind Woodland.

Jordan Spieth belatedly moved under par for the week - two under - with a 69, while Bryson DeChambeau also shot his best round of the week, a 70, but remained over par.