Manila, December 1: The ONE Championships will present the ultimate event of 2022 this weekend in the form of ONE 164: Pacio vs. Brooks at the Mall of Asia Arena in Manila, Philippines on Saturday (December 3).

ONE 164 will be headlined by a title fight and also feature the final of the ONE Flyweight Muay Thai World Grand Prix with the event set to follow the fifth Prime Video event - ONE Fight Night 5 or ONE on Prime Video 5, scheduled for earlier in the day.

The ONE 164 card is stacked with a mix of Muay Thai and MMA bouts. The previously announced main card will feature the highly anticipated ONE Strawweight World Title fight between World Champion Joshua Pacio and top-ranked contender Jarred Brooks. 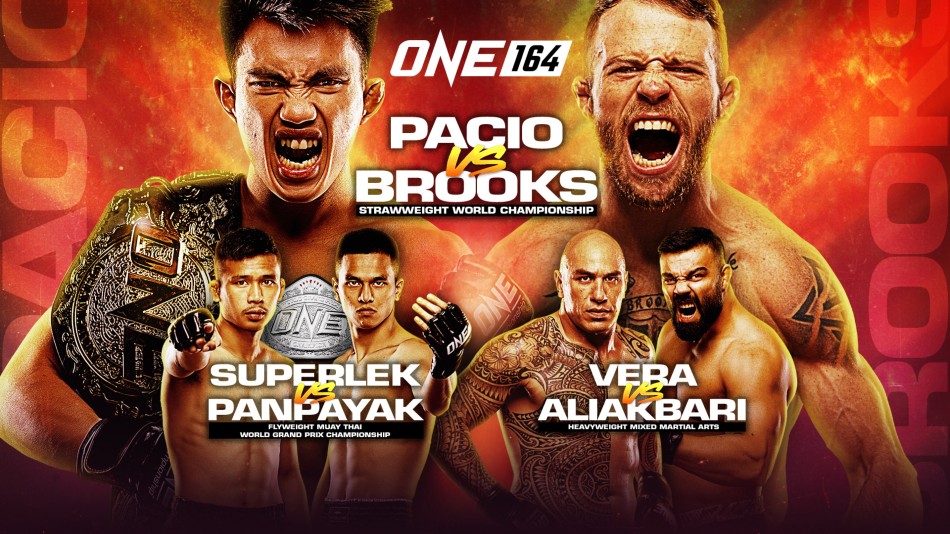 ONE 164: Pacio vs. Brooks - Three bouts that could steal the show

In the co-main event, the ONE Flyweight Muay Thai World Grand Prix will reach its climax as Superlek Kiatmoo9 and Panpayak Jitmuangnon clash to decide who takes home the tournament's silver belt and the World Title shot that comes with it.

The featured bout is scheduled to be a flyweight Muay Thai battle between Tagir Khalilov and Chorfah Tor. Sangtiennoi. Filipino sensation Drex Zamboanga will compete in bantamweight MMA action against the ONE Warrior Series: Philippines winner - Adonis Sevilleno.

A women's atomweight Muay Thai bout will also go down on the evening's lead card when former ONE World Title challenger Lara Fernandez takes on Dangkongfah Banchamek in search of her first win inside the Circle.

Senegalese wrestling sensation "Reug Reug" Oumar Kane will also return to action to take on Uzbekistan's Jasur Mirzamukhamedov, who will be looking for his second win in a row in the Circle.

The opening bout of the evening will be the previously announced women's strawweight showdown between Filipina star Jenelyn Olsim and Chinese knockout artist Meng Bo.

ONE 164: Pacio vs. Brooks - Telecast and Live Streaming Information

Watch ONE 164: Pacio vs. Brooks on Saturday, December 3 via Disney+ Hotstar or Star Sports Select 2, starting with the lead card at 4 PM IST followed by the main card at 6:30 PM IST.