The ONE Championships heads to Manila, Philippines this weekend for a double-header starting with the fifth event on Prime Video in the form of ONE Fight Night 5: De Ridder vs. Malykhin (also known as ONE on Prime Video 5), which will be headlined by three title bouts. 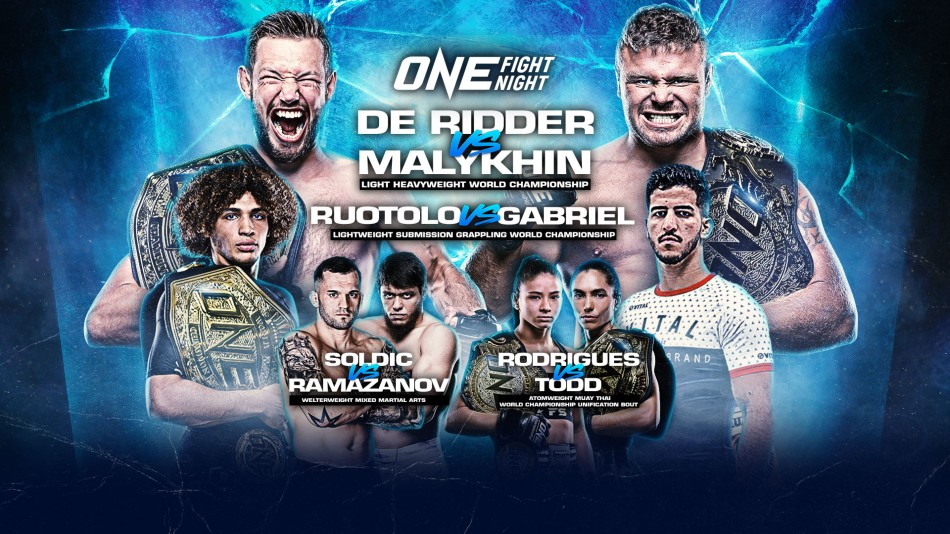 Here is a look at the full card and telecast details for ONE Fight Night 5 which is set to be hosted at the Mall of Asia Arena in Manila, Philippines on Saturday (December 3):

Watch ONE Fight Night 5: De Ridder vs. Malykhin on Saturday, December 3 via Disney+ Hotstar or Star Sports Select 2, starting with the lead card at 6:30 AM IST followed by the main card at 8:30 AM IST.