ONE Fight Night 5: Four key takeaways from penultimate event of 2022

Manila, December 6: ONE Championship wrapped up its 2022 calendar this past weekend with another action-packed doubleheader from the Singaporean combat sports giant live from the Mall of Asia Arena in Manila, Philippines.

The first of the two December 3rd events was ONE Fight Night 5: De Ridder vs. Malykhin, and the nine-bout card didn't disappoint.

With World Title battles and pivotal showdowns for divisional rankings, ONE Fight Night 5 may prove to be one of the most influential spectacles of the year, and here are the four biggest lessons we learned from the night.

Malykhin May Be The Baddest Man On The Planet

In the main event, Russian powerhouse Anatoly Malykhin added the ONE Light Heavyweight World Title to his interim heavyweight strap when he handed former two-division king Reinier de Ridder his first professional defeat inside a single round.

The 34-year-old shrugged off the takedown attempts from "The Dutch Knight" and battered him with power punches before finishing him in devastating fashion.

The one-round demolition of the dominant grappling star has put both the heavyweight and light heavyweight divisions on notice, and it's hard to see anyone stopping the rampaging warrior. 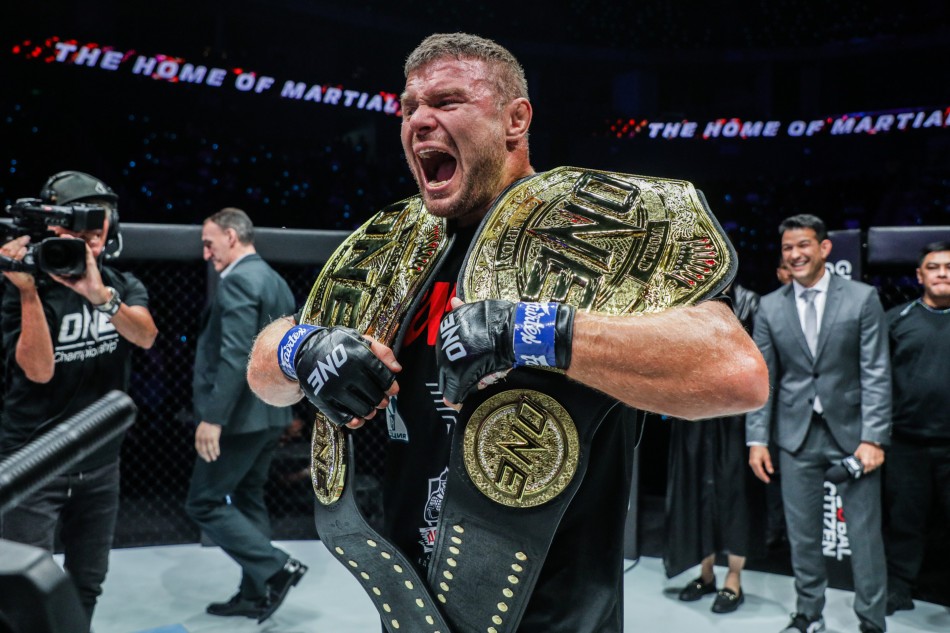 The Ruotolo Brothers Are Truly On Another Level

Kade defended his ONE Lightweight Submission Grappling World Title with a unanimous decision win over multiple-time BJJ World Champion Matheus Gabriel in the co-main event, earning his third win inside the Circle in the process.

Tye was in action on the lead card, and he took out former four-time ONE Featherweight World Champion Marat Gafurov with a wrist lock halfway through the 10-minute affair.

Fans finally got a chance to see Roberto Soldic inside the Circle this past weekend, and it couldn't have been more of a tease.

Soldic took on undefeated Russian star Murad Ramazanov on his debut, and the contest was shaping up nicely early in the first round before an accidental low rendered "Robocop" unable to continue.

The fight likely carried welterweight World Title implications, and the lack of a conclusion means that a rematch in 2023 is the most logical way forward.

Tynanes Ready To Make A Splash Once Again

Lowen Tynanes established himself as one of the hottest prospects on the ONE roster after signing with the organization in 2013 when he reeled off five-straight wins.

An unfortunate series of back issues curtailed the American star's rise from there, limiting Tynanes to just three appearances in the Circle since 2016.

With these issues finally under control, the 32-year-old got back on track at ONE Fight Night 5, scoring a decision win over South Korea's Dae Sung Park to take his professional record to 11-1.

With Tynanes fit and back in the mix, the lightweight division might just have found a dangerous new contender.