London, November 10: World heavyweight champion Tyson Fury required surgery on both elbows after sustaining an injury in the lead-up to last month's trilogy bout with Deontay Wilder, according to his father John Fury.

Fury won a battle of the ages against Wilder to retain his WBC heavyweight championship with a devastating knockout in the 11th round of the blockbuster fight.

The 33-year-old Briton was knocked down twice throughout the slugfest, before triumphing to preserve his unbeaten record.

The triumph is made more remarkable given Fury's father revealed that the 'Gypsy King' had to contend with elbow injuries prior to the Wilder bout, which he has since had surgery on.

"Tyson was very badly injured going into that fight," John Fury told BT Sport. "He was handicapped from the beginning. It wasn't a boxing match was it?"

He continued: "He had to have chromosome [sic, cortisone] injections into both elbows. He's since had an operation, six hours, all day in hospital having them sorted out. He had some bone spurs he had to get removed. 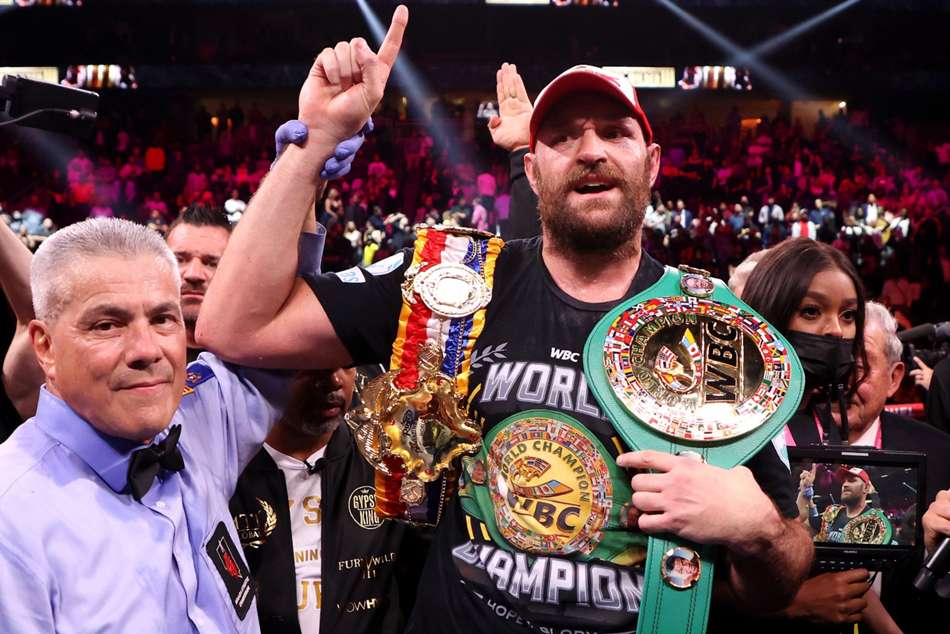 Fury: I'm the greatest heavyweight of my era after knocking out Wilder

"He said to me afterwards 'I couldn't box, I couldn't work the jab. If I'd missed the jab it would've put me in limp mode and I wouldn't have been able to fight.

"'The pain when throwing the jab was unbearable so I was fighting two people - the pain in my own body and him. All we could do was make it a war and I wanted to win more than he did'."

John added that he told his son after the victory that it was time to retire but expected him to continue fighting until he is 40 years old. Tyson holds a 31-0-1 record, the only draw coming in the first bout against Wilder.

"I said retire," John said. "He's won everything, nothing to prove and has millions of pounds in the bank, he's secure for life, there's more to life than getting your brains rattled.

"But he's his own man, he'll do what he's going to do but for me I said to call it. He's beaten the best man of his era three times, what more can he do?

"Tyson will spend two months at home and want the smell of sweat and leather. He'll be fighting when he is 40, he can't help himself, he's a human pitbull terrier."