Bengaluru, September 30: Akbar Ebrahim was re-elected as the president of the Federation of Motor Sports Clubs of India (FMSCI) -- the national governing body for the sport in the country -- at its Annual General Meeting held in Chennai on Thursday (September 29).

Earlier this year, he was elected president of the FIA International Karting Commission.

Meanwhile, many titles are up for the grabs as the stage is set for the fifth and final round of the MRF Madras Motor Sports Club (MMSC) FMSCI Indian national motorcycle championship to be held at the Madras International Circuit in Irungattukottai near Chennai from Friday (September 30).

Commanding most attention over the weekend are the two premier categories, Pro-Stock 301-400cc Open and Pro-Stock 165cc Open where the battle for championships could go down to the wire, going by the extremely close races this season that has attracted nearly 200 entries for each round. 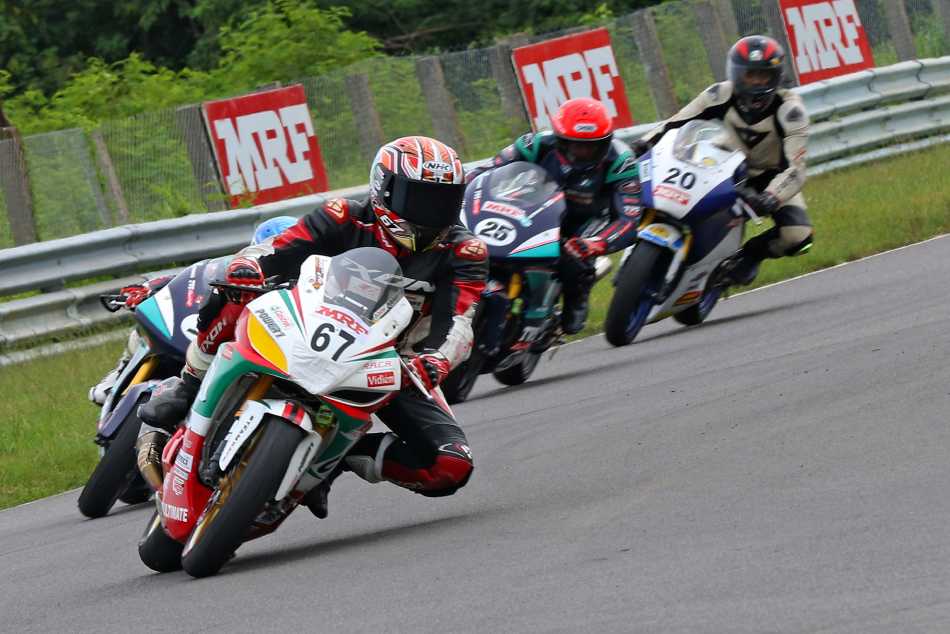 National Motorcycle Racing Championship: Titles up for the grabs as the stage is set for final round

As per a media release, the promoters MMSC -- celebrating their 70th anniversary -- have put together a 20-race card for the weekend.

"It has been an exciting season thus far with India's top riders and two-wheeler manufacturers, Honda, TVS, Yamaha and KTM, battling for honours, with our sponsors, MRF Tyres, providing invaluable support. The final weekend should see a continuation of the trend of close races that has kept everyone on the edge of the seat," said MMSC President Ajit Thomas.