Driving a Toyota Gazoo Hilux, Al Attiyah was the first on the road and benefited from an increased advantage of 6min 00sec, after nearest rival Yazeed Al Rajhi was handed a 10sec time penalty at the night halt for a minor speeding violation.

His rival had the better of the day's early exchanges and led the Qatari by over 1min 40sec at the first passage control. 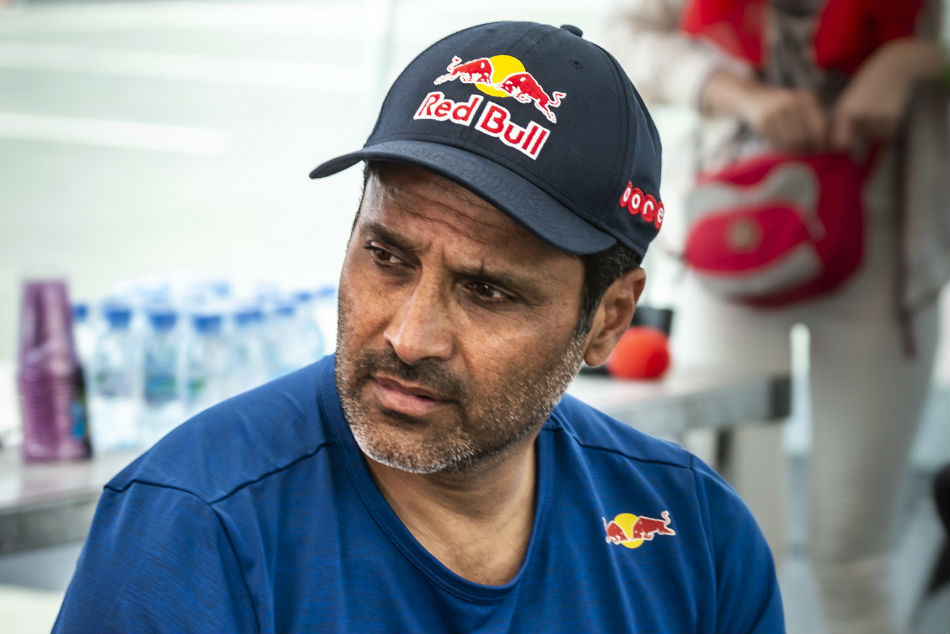 But the stage advantage was short lived and Al Rajhi had dropped five minutes to Al Attiyah by the fourth checkpoint before stopping several times on the run down the north-west with power steering issues and flat tyres.

"It was a good day except for one tyre that was completely destroyed in the last 50km. We had a good run and good navigation," said three-time Dakar Rally champion Al Attiyah.

The ace Qatari, who has won the event six times added, "We're quite happy. This rally is very difficult if you don't take care with the speed. You'll get a lot of problems. From the beginning it was very tricky. Matthieu did a good job. Sometimes we were searching for the correct road. We need to score full points here in Qatar."

It was a day to forget for Poland's Jakub Przygonski and German navigator Timo Gottschalk in the third Toyota Hilux. They were running strongly in third place through the opening checkpoints and staying close to Al Attiyah's pace before sustaining a damaged steering arm after an impact in a ditch.

The crew managed to repair the car temporarily, reached the finish 1hr 49min 39sec behind Al Attiyah and plummeted to seventh overall.

Jones, on the other hand, made a patient start to his first event in Qatar, but began to increase his pace on day two in the South Racing Can-Am Maverick X3.

He was rewarded with the second quickest time and climbed to a similar impressive position in the overall rankings, the T3 category lead being an added bonus for the 24-year-old.

Khalid Al-Mohannadi began the second stage with a lead of 35 seconds in the T3 category, but the Qatari lost precious time with flat tyres and no intercom system for over 300km. He still managed to set the third fastest time to hold fourth overall, 19min 08sec adrift of Jones in the T3 contest.

The third Al Kharsaah selective section is the longest of the event t 340.28km and starts at 08.40hrs. The route heads south towards the Inland Sea, before turning north-west and heading back through the central deserts to finish in the north-west of the country, 68.55km from Losail.