Bengaluru, January 6: After winning the prologue and stage two, Qatari ace Nasser Saleh Al Attiyah set the fastest time for the third time in four days to clinch the third stage of Dakar Rally 2021, currently being held in Saudi Arabia.

The Dakar Rally 2021 took its first trip to the Empty Quarter desert and the dunes had a big say in the general classification.

Despite opening the road, the three-time Dakar winner Al Attiyah and his French co-driver Mathieu Baumel took a stage win that lifts them to second in the general classification.

"To open the stage and win is always very satisfying," said Al Attiyah, who had also won stage two. 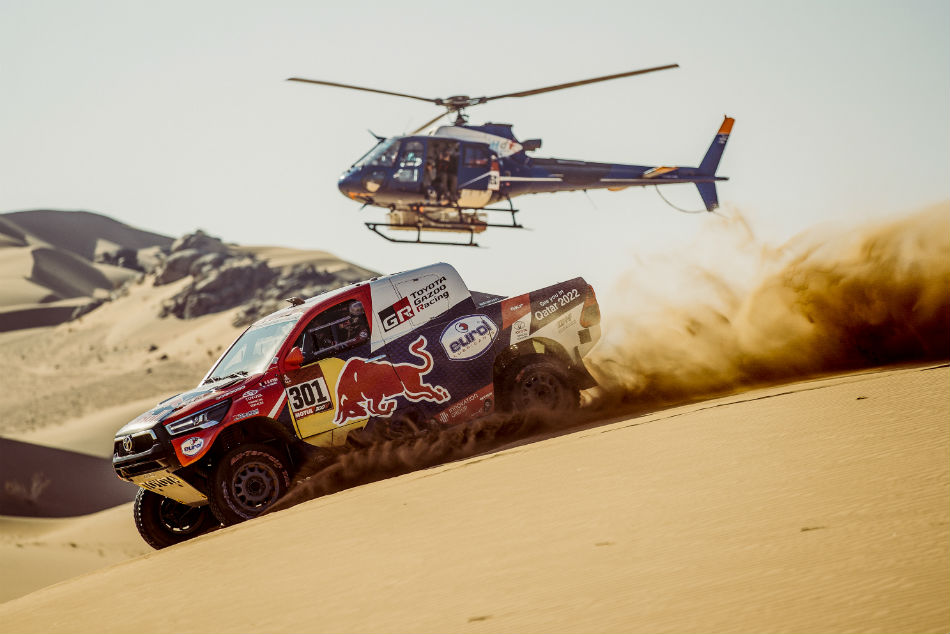 Third place on the stage was enough for Stephane Peterhansel to maintain his overall lead in the car race. The gap between Peterhansel and Al Attiyah now stands at just over five minutes.

Finishing between Al Attiyah and Peterhansel on stage three was Henk Lategan, a first podium result for the South African.

After a rocky start to the rally things are improving for nine-time World Rally Championship winner Sebastien Loeb. A sixth place finish on the stage has elevated the Frenchman to sixth place overall.

Meanwhile, it was a difficult day for reigning champion Carlos Sainz, who had won the opening stage. 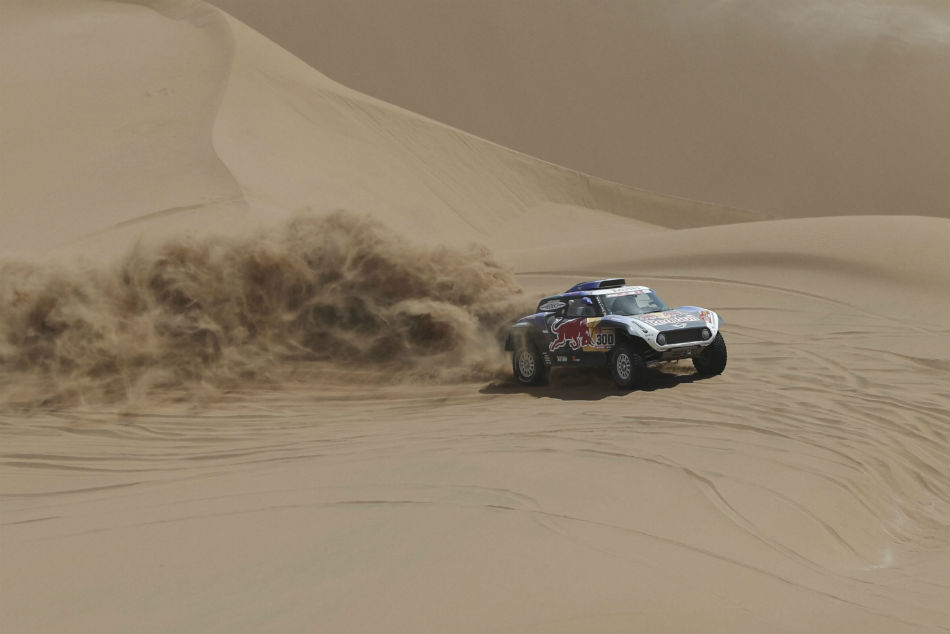 A navigation mistake cost the Spanish veteran over 30 minutes and has seen him slip back to fourth overall.

Cyril Despres, Giniel de Villiers and Kuba Przygoński also faced challenges on the stage before successfully crossing the finish line and making their way back to the bivouac.

Day four takes the Dakar convoy to Riyadh. Before arriving in the Saudi Arabian capital the competitors must cover 856km, with 337km of the total distance against the clock.