Bengaluru, January 17: Defending champion Nasser Saleh Al Attiyah had again to be content with a second-place finish with Stephane Peterhansel snatching a dramatic stage 11 of the Dakar Rally 2020 as Carlos Sainz heads into the final day with a lead of over 10 minutes to protect.

Frenchman Peterhansel won his fourth stage of this year's race in his MINI pipping Toyota rival Al Attiyah in Haradh by a margin of just 10sec, and finished more than eight minutes ahead of overall leader Sainz.

After the penultimate stage, Sainz remains 10min 17sec ahead of Al Attiyah and the Spaniard is still on course for his third Dakar victory. 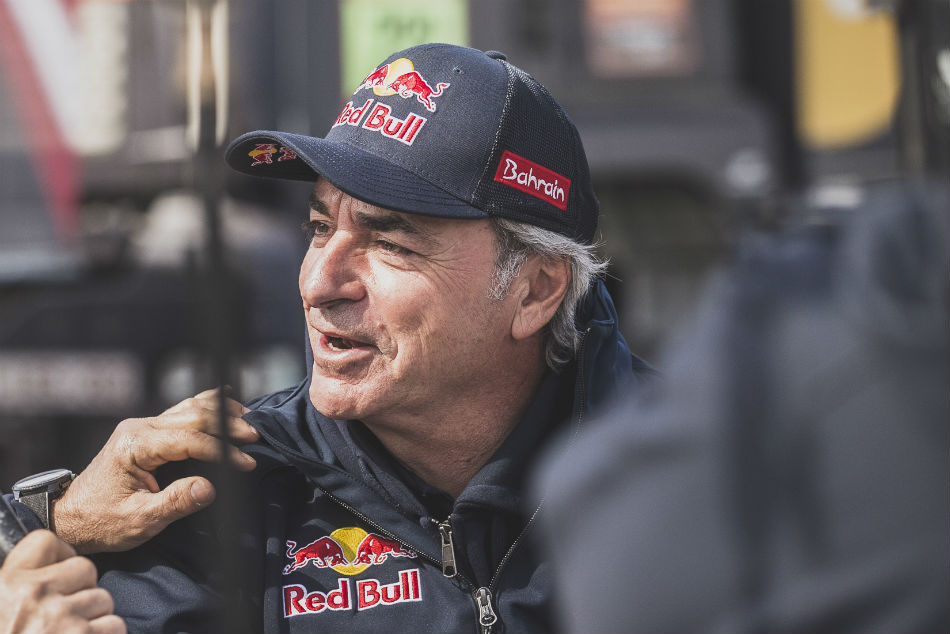 Fridays' (January 17) 12th and final stage challenges all five categories to another 374 kms of racing before competitors can celebrate finishing the Dakar Rally 2020.

Following the special Grand Prix of Qiddiya conclusion of the stage, the Dakar convoy will all get their chance to step onto the Finish Lime Podium.

After more than 4,500 kms of timed special stages, 2010 and 2018 champion Sainz looks well poised to add a third Dakar crown to his kitty.

"It's good to have put the marathon stage behind us. It's always important. Yesterday we got to work on the car and everything went well. Just one day to go. I'll keep an eye on the gaps and stay focused for tomorrow," said the 57-year-old.

Al Attiyah in the hunt

Al Attiyah will go all out to catch Sainz on the final stage of the Dakar, but the ace Qatari driver will also be aware that third placed Peterhansel is just 6sec behind him.

"We paid dearly for our mistake yesterday. Now we'll battle Stephane (Peterhansel) for second place. Making it so far is already great, there's one stage to go and we'll see how it goes," the three-time champion said.

Peterhansel closed the gap on Al Attiyah thanks to the 80th stage win of his illustrious Dakar career which has seen him win the most gruelling off-road race 13 times -- seven on car and six in bikes.

"It's so hard to gain minutes under normal circumstances. On the other hand, navigational mistakes have led to big gaps. We fought hard, pushed all day long and gained some time, but it's not enough. Now, if Carlos (Sainz) can bring it home, it'll be great for the team," said the MINI driver.

Two-time Formula One world champion Fernando Alonso whose double roll on stage 11 potentially cost him a top 10 result, came back strongly and finished eighth to be perched 56th overall.

"Great day. We started 113th and naturally we found the dunes very soft, but the car & Marc have been mega. we finished P8 today," the Dakar debutant tweeted.