Shanghai, April 9: Sebastian Vettel hopes Ferrari can benefit from "that little bit of luck" that has deserted them early in the season when they attempt to mark the 1000th Formula One race with a win. 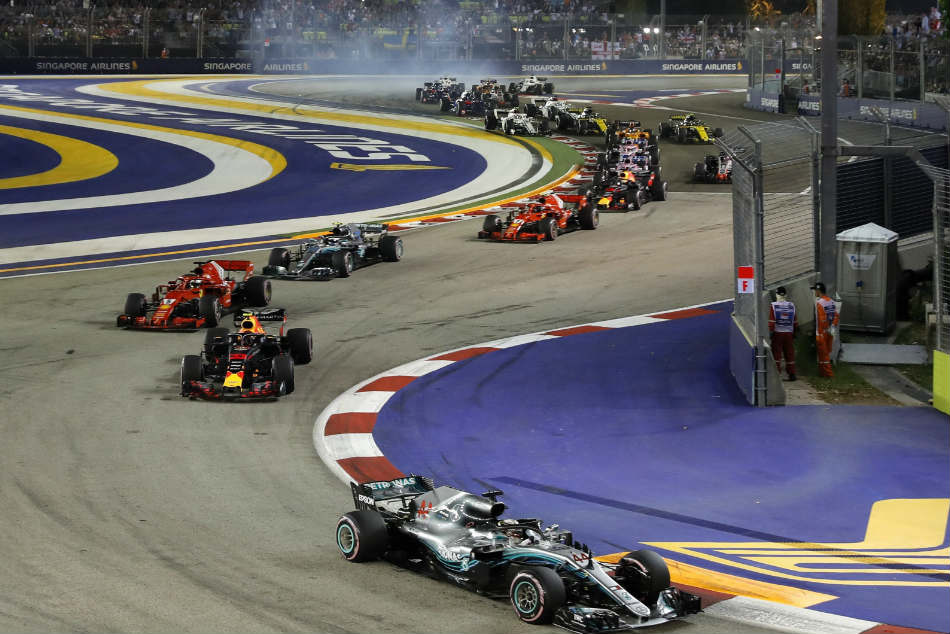 The Scuderia set the pace in pre-season testing in Barcelona, but Mercedes have started the year with back-to-back one-two finishes.

Charles Leclerc was heading for his maiden F1 win at the Bahrain Grand Prix last time out, but engine trouble denied the Monegasque.

Vettel could only finish fifth in Sakhir after spinning before running over his own front wing when battling it out with Lewis Hamilton, having crossed the line fourth at the Australian Grand Prix.

Mercedes have a 39-point lead over Ferrari and Vettel feels the Italian team are due some fortune at the Chinese Grand Prix this weekend.

The German said: "Looking after tyres is one of the key points in Shanghai, it's the most important job to do on Sunday in order to be fast for the whole race.

"In the past I've had some good races here with Ferrari, coming very close to winning. Maybe this time we'll get that little bit of luck, so that we can really celebrate the 1000th F1 race."

Hamilton leads team-mate Bottas by just a point after his triumph in Bahrain and the world champion will be eyeing a sixth success at the Shanghai International Circuit.

TALK OF THE PADDOCK

The 2019 campaign may have only just begun, but there has already been talk of potential movement for the 2020 season.

Max Verstappen's future has been the subject of speculation, although Helmut Marko says Red Bull are not worried about losing the Dutchman to Mercedes.

Red Bull also fuelled talk of a return to the calendar for the Dutch Grand Prix by tweeting: "Hands up if you'd like to see @Max33Verstappen get a home grand prix!?"

It has been reported a race could be staged in Zandvoort next year.

Meanwhile, Daniel Ricciardo - winner in Shanghai last year - believes Renault are heading in the right direction after failing to finish his first two races with his new team.

Mercedes will aim to record one-twos in each of the opening three races of an F1 season for the first time since 1992, when Nigel Mansell and Riccardo Patrese achieved the feat for Williams.