Bengaluru, September 6: Bengaluru-based Nithila Das grabbed the top honours in the girls category of the FIM MiniGP World Series India 2022 which concluded at the Meco Kartopia circuit in the Garden City last weekend.

Among the four girls who took part in the Series, Nithila finished fifth overall with 106 points while Rakshitha Dave from Chennai was seventh (94).

As per a media release received, the other two girls -- both from Bengaluru -- Aleena Mansur Sheikh and Anastya Pol, -- participated only in Round-1, garnering 18 points apiece. 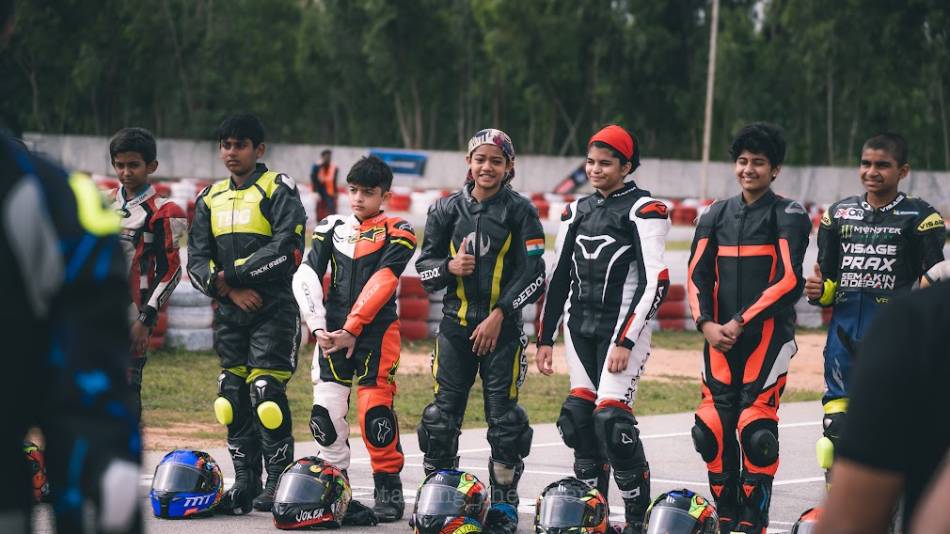 The FIM MiniGP World Series India, being held under the aegis of the Federation of Motor Sports Clubs of India (FMSCI) is part of the global programme, comprising 15 countries, and initiated by the FIM -- motorsport's global governing body for two-wheeler racing -- in conjunction with Dorna Sports, the commercial rights holders of MotoGP.

India, along with Australia, Austria, Indonesia, Japan and Qatar were the new additions to the Series that already includes 10 other countries -- France, Ireland, Italy, Malaysia, the Netherlands, North America, Portugal, Spain, the UK and Alpe-Adria.

All the five rounds were being run on karting tracks that met the minimum standards set by the FIM and FMSCI.

Each round comprised two races and with eight podium finishes in 10 races, Nithila topped them all. "I'm so happy to have competed in a World Series. The bike was really powerful and I really enjoyed it. I thank my family, friends and relatives for the support they've given me which has helped to pursue my passion," said Nithila, the 7th Grade student of 21K school in Vasanth Nagar, Bengaluru.

As per competition rules, the best riders will qualify for the FIM MiniGP World Series Finals to be held in Valencia (Spain) in November. While Bengaluru's Shreyas Hareesh and Kolhapur's Jinendra Kiran Sangave, who topped the boys category will represent India at Valencia, Nithila might get a wild-card entry for the grand finale.

The FIM had launched the MiniGP Series in 2021, as part of the Road To MotoGP programme, aiming to create an equal platform for young riders around the world to begin their motorcycle racing careers.

All riders competed on equal Ohvale GP-0 160 machinery (Mini bikes), manufactured in Italy, while Pirelli is the official single tyre supplier for all the FIM MiniGP World Series.

Meanwhile, in the boys category, Shreyas (220 points) and Jinendra (213) finished first and second respectively. In the World Finals, the pair will compete with toppers of respective National series held in 15 countries.

The five-round, 10-race India series, organised by RMS Motorsport with support from Meco Motorsports, saw Jinendra, 13, dominate initially by winning five races in a row. However, 12-year old Shreyas staged a remarkable comeback by topping four of the next five races, including a double in Round-4 in the last weekend to finish on top of the Series points table with 220 points. Jinendra, who barely survived a difficult final weekend, finished with 213 points, well ahead of third-placed Nandanan Mahendran of Chennai (153).