Monaco, May 26: Lewis Hamilton said he channelled Formula One legend Niki Lauda as he dug deep to win what be branded "the hardest race" of his career at the Monaco Grand Prix.

Three-time world champion Lauda, who convinced Hamilton to join Mercedes in 2012, passed away on Monday and tributes were paid to him across the grid in the principality.

The drivers gathered around a replica of one of the Austrian's helmets and wore caps inscribed with "Niki" during a minute's silence prior to lights out, while Mercedes adopted a red halo for the race. 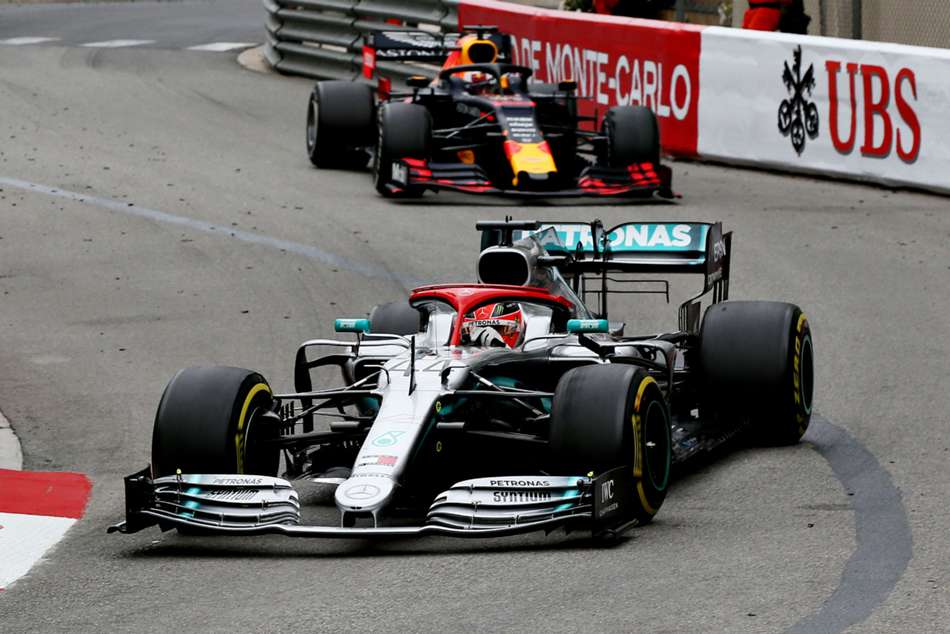 Hamilton led from the off but had to negotiate 67 laps on the medium compound as Max Verstappen, who was on hard tyres, pushed him all the way to the end.

"That was definitely the hardest race I've had but nonetheless I really was fighting with the spirit of Niki. Niki's been such an influence in our team helping us get where we are and I know he will be looking down and taking his hat off," said Hamilton.

"I was trying to stay focused and make him proud, that's been the goal all week, and we truly miss him.

"I've not driven on empty tyres since Shanghai in 2007 when McLaren left me out for a ridiculous time."

Hamilton persistently made his struggles with the deteriorating tyres known over team radio but insisted he was never going to pit, having paid the price for doing so from the lead in Monaco in 2015.

"I was never going to come in. A few years ago, I was in the lead and then I came in for a pit stop and so I learnt the hard way, I lost the race here. I wasn't going to come in, I was going to either crash or finish," he said.

"Ultimately it was the wrong tyre…but the team has done an incredible job and what we've achieved in the first six races is remarkable. I'm so proud to be a part of it and I hope I can continue to do well."

Verstappen attempted to get past Hamilton at the chicane with three laps remaining and the pair made contact, with the stewards taking no action over the incident after the Briton took the chequered flag.

"It was close, it was a late dive, luckily I saw him last minute, I think his front wing was beside my rear wheel so he wasn't fully past. It was a light touch and we moved on," added Hamilton.

Verstappen was second across the line but ended up placing fourth due to a five-second time penalty for making contact with Valtteri Bottas, who took third behind Sebastian Vettel, in the pit lane.