Lewis Hamilton sends out warning after seventh title success: I'm only getting started

Istanbul, Nov 15: An emotional Lewis Hamilton sent out a warning to the Formula One grid after clinching a record-equalling seventh world title, saying: "I feel like I'm only getting started."

The Mercedes driver drew level with Michael Schumacher on seven F1 titles after winning a dramatic Turkish Grand Prix, in which he produced one of his greatest drives.

Hamilton only qualified sixth and navigated a tricky start in wet conditions before mastering Istanbul Park as it started to dry, pitting just once for intermediates and effectively turning them into slicks as those that took a fresh set of the tyres struggled. 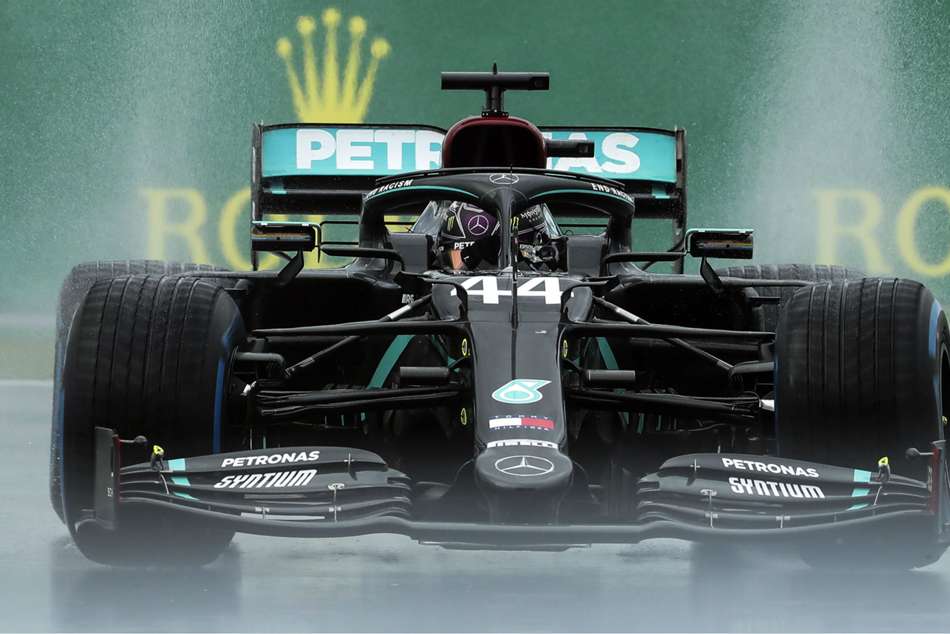 It was Hamilton's 10th win of the season and sent him 110 points clear of team-mate Valtteri Bottas, who spun five times and finished 14th, with three races remaining.

The Briton has now topped the podium with Mercedes 73 times, breaking Ferrari great Schumacher's record for the most wins with a single team.

Hamilton is yet to sign a contract with the Silver Arrows for 2021 but is keen to reach an agreement and help the team achieve even more success.

"I feel like I'm only getting started. I feel physically in great shape. This year has been a challenge that I didn't know how to get through, but with the help of people around me I managed to just keep my head above water and stay focused," said Hamilton.

"I'm really hopeful for a better year next year and I would love to stay. I feel like we've got a lot of work to do here, we've only just started our work to make ourselves accountable. I want to help Formula One, I want to help Mercedes in that journey."

He added: "I know I often say it's beyond my wildest dreams... but I think my whole life I have secretly dreamt as high as this. It felt so far-fetched.

"I remember watching Michael winning the championships, and just to get one, or two, or three - it's so hard to get. Seven is just unimaginable. What a day. There's a lot to take in."

Hamilton got up to third at the start but was back down in sixth before the end of the first lap.

Pole-sitter Lance Stroll looked set to seal victory until being pitted from the lead for fresh intermediates, which he said immediately started graining as he slid down to ninth.

Mercedes wanted to pit Hamilton with three laps remaining due to a threat of rain, but he went against their orders having learned from prior experience.

"I thought the race was falling through my fingers but I just kept my head down and kept believing and thought I'd pick up pace at some stage - and that's what I did," he said.

"There was a point Seb [Sebastian Vettel] was pulling away from me and I couldn't figure out what it was at the time. I went through the real rough phase of the graining of the tyre and the grip started to come back as the track was drying. I was improving my driving lines the whole way through the race and I started to pick up pace.

"Seb pitted and I knew that wasn't the right choice for me personally, so I decided to stay out and as the tyres got more and more slick that's what you needed. And fortunately the intermediate holds temperature. If I went out on new slicks I wouldn't have made it round. It was the best decision.

"I lost a world championship in the pitlane, I learned my lesson from 2007, that's for sure. I felt like I really had it under control and the grip was feeling good. I was going to deal with the rain if it dropped."