Like juggling balls on a moving plate! – Hamilton thrilled to recover from spin 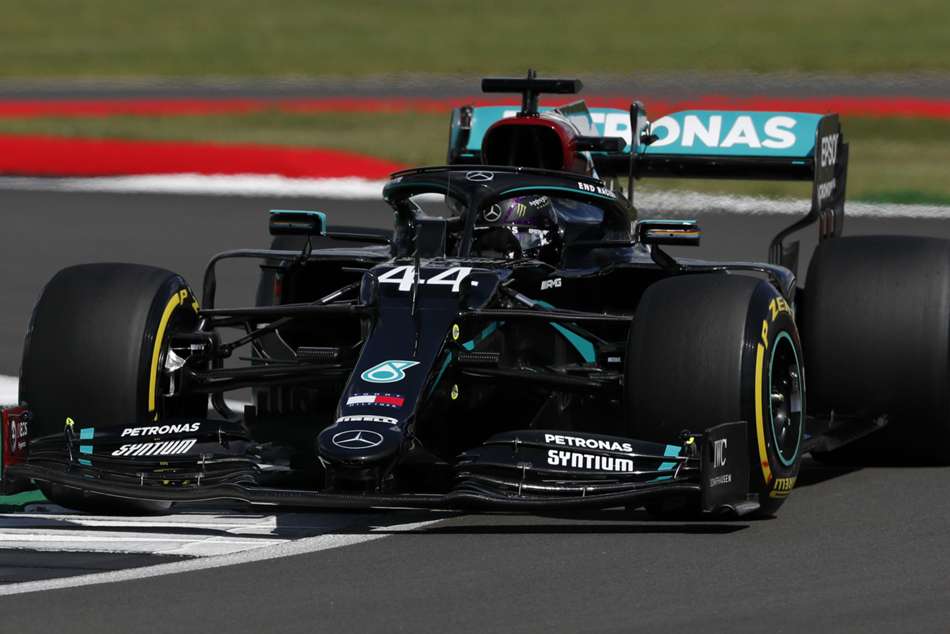 But his two fine laps in Q3, including a track-record effort, came after he spun at Luffield in the second session, the debris caused by the incident bringing out the red flag at Silverstone.

That mishap, coupled with Bottas coming out on top in FP3, Q1 and Q2, meant Hamilton was up against it before taking a record seventh pole on home soil.

"Obviously there's a relatively big gap between us and third place, but it doesn't matter - Valtteri is pushing me right to the limit," Hamilton said after qualifying, with Mercedes' rivals over one second adrift.

"He's been doing such a fantastic job all weekend - I made some changes going into qualifying and it was worse, it was a real struggle out there.

"This track is awesome because with a gust of wind, you have a tailwind and headwind and crosswind across the circuit so it's like juggling balls on a moving plate, at high speed!

"Obviously we had that spin. Qualifying is a lot about confidence building and man, I was already down and down in the first sector every lap.

"I don't know how, but I took some deep breaths and managed to compose myself. Q3 still wasn't perfect but still a really clean lap, and the second one even better. It never gets old that's for sure."

Asked about the absence of his home supporters, Hamilton added: "You normally have sirens and flags and smoke and the atmosphere is buzzing.

"We definitely miss the fans. Hopefully back home they enjoyed it."

Bottas was not giving up on his chances for the race as he hopes to reverse the result of last year when he claimed pole only to be beaten on the Sunday by Hamilton.

"It was a pretty good qualifying up until Q3," said the Finn. "I felt pretty good with the car but in Q3 I started to drift a bit more than I wanted with the rear end. We need to look into it.

"Lewis found a bit more than I did, but my performance has been pretty good this weekend.

"Lewis won it here last year from second place with a different strategy to me so hopefully I will get opportunities. Everything is still wide open for the race."

Max Verstappen was third for Red Bull and seemed resigned to battling to be the best of the rest unless the Mercedes cars run into unexpected issues.

"You could see early in qualifying Mercedes are way too fast, as they have been the last three races," said the Dutchman, who was 1.022s adrift of Hamilton.

"You just have to expect that and do the best you can, and that's P3. I may not be able to fight them but we are little bit closer in the race and at least you have a fighting chance starting third.

"The newer cars are very sensitive to the wind, low speed corners and they become like a completely different car. But it was fun to drive."

Charles Leclerc was fourth for Ferrari, while Sebastian Vettel was a disappointing 10th and Verstappen's team-mate Alex Albon had to settle for 12th.