Santa Monica-Cella (Italy), Sept. 12: Maverick Vinales will hope to fire himself firmly back into the MotoGP title picture after a sensational performance in qualifying for the San Marino Grand Prix. 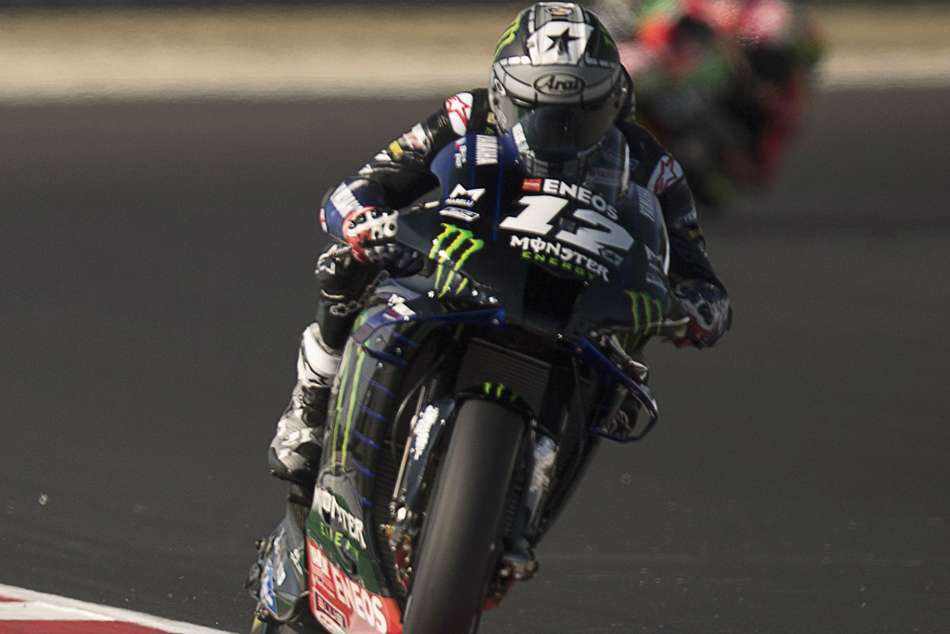 Vinales' terrifying crash in Austria last time out prompted a red flag but he showed no ill-effects as he smashed the lap record at Misano.

The Spaniard is fifth in the standings, with no rider yet able to take an authoritative hold on matters early in the season. 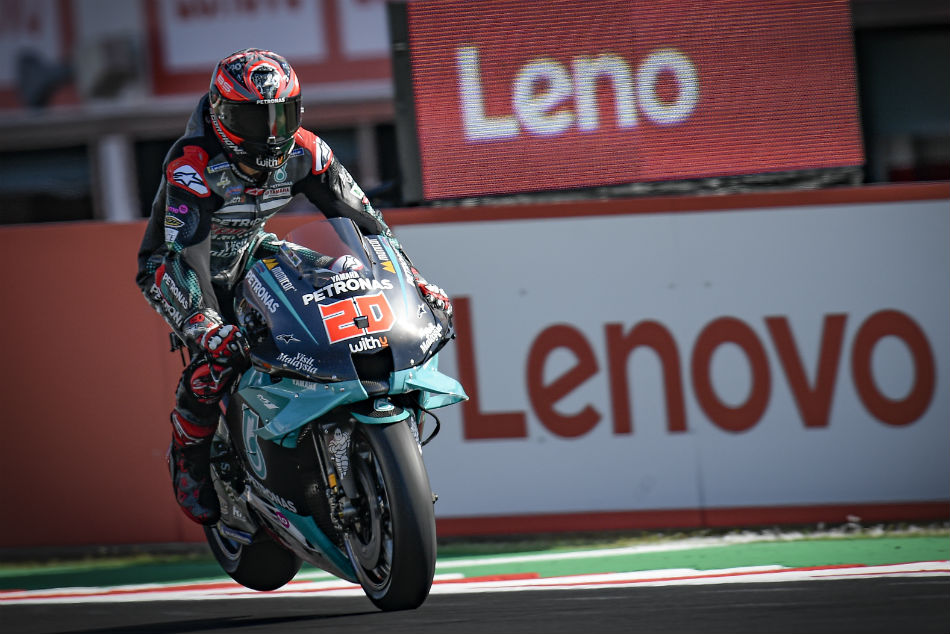 If qualifying is anything to go by, Yamaha's Vinales should be expected to thrive on the new asphalt surface in San Marino.

WHAT HAPPENED IN QUALIFYING

Franco Morbidelli sat in provisional pole with his second lap clocked at one minute, 31.723 as the session clock ticked down, but his joy was short-lived as Vinales' took a second pole of the season with a thrilling display.

Vinales tore around Misano in 1:31.411 – three tenths of a second quicker than any other rider in the session and two tenths faster than Jorge Lorenzo's previous lap record.

A man seemingly committed to weighing his season by the number of viral clips he can produce, Vinales then entertained the fans in attendance.

The San Marino Grand Prix is the first Moto GP event of the season to permit supporters in the grandstands and they saw the pole-sitter celebrate so vigorously he activated the air bag in his leathers.

Pol Espargaro claimed a maiden pole last time out but had no chance of a repeat after coming off at turn 15 early on in Q2.

Yamaha's dominant showing in qualifying was certainly timely after Fabio Quartararo and Valentino Rossi both questioned their manufacturer's failure to cash in on the experience of test rider Lorenzo, who has been used sparingly.

Securing a place on the front row might suggest better things to come for Quartararo, who has seen his lead at the top of the riders' standings trimmed to three points.

Back-to-back victories in the first two races of the season felt like a fast-fading memory when he limped to 13th place at the Styrian Grand Prix.

However, nearest challenger Andrea Dovizioso could only manage fifth and the Ducati man qualified down in ninth on Saturday.

The newly laid surface at Misano could be a factor after it came in for criticism during practice. "It's bumpy, it's bad, especially in the fastest sector it's really quite bad," said an unimpressed Jack Miller.

WHAT THE RIDERS SAID

Maverick Vinales (pole): "I felt on the limit. We tried to take out the maximum from the bike. For sure, we made a good strategy. I saved quite a lot of tires during the weekend to put everything on Q2 and it paid off. I feel amazing. Every lap I feel fantastic on the bike, I am enjoying this weekend a lot.

Franco Morbidelli (2nd): "Yes, I felt quote strong. I believed that I could do my lap alone and I tried to do it. It came out a pretty good lap. Unfortunately, Maverick did much better, but the front row is quote important for us. We will try to make a good job and start from a good position.

Fabio Quartararo (3rd): "I'm happy because I imagined before that I was going to feel better but the confidence was not so great. I lost the front in the 11th corner, so it was not the best feeling. I lost it in 14 as well and still managed a nice lap so I was a bit surprised. We hope for a good race because our pace is decent."