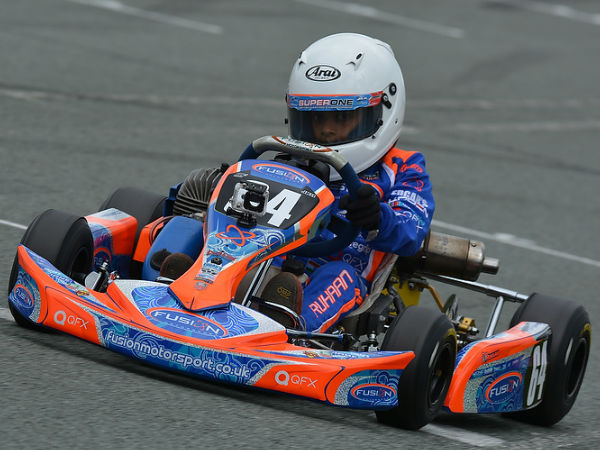 Bangalore boy Ruhaan Alva loves cars just like any other 8-year-old. But what sets him apart from others is his superb skills on a race track.

While many at his age play around with toy cars indoors, Ruhaan excels maneuvering a race kart at speeds exceeding 100kmph.

This Class III student of Bangalore's National Public School (Koramangala) is making motorsports experts take notice of his talent. At a very young age, Ruhaan has been impressive and has already landed a contract with a team in the United Kingdom (UK).

Ruhaan dreams of being a Formula One driver. His dad Umakanth Alva is giving him the necessary support and wants to see his son not just as an F1 driver but as a champion. "I want to see Ruhaan as an F1 champion not just a driver," Umakanth says.

F1 is popular in India but the country has not seen a champion driver so far. The best Indian in the sport was Narain Karthikeyan with a fourth-place finish at US Grand Prix in 2005. He is also the first F1 driver from India. 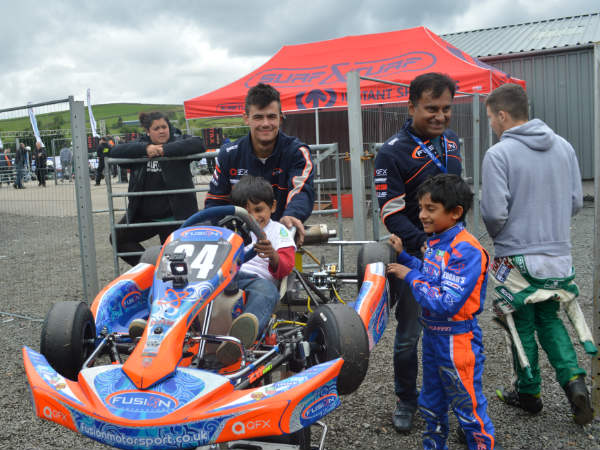 Having seen his son do well in his first stint in the UK this year with Fusion Motorsport, Umakanth has decided to move from Bangalore to London next year to help Ruhaan pursue his motorsport career.

"It was a tough decision to make, but we have decided to move to the UK in August 2015. I think Ruhaan will have the best of facilities there," said Umakanth.

Motorsport is an expensive career. This year alone, nearly Rs 70 lakhs have been spent for Ruhaan and from 2015 it could touch Rs 1 crore per year, according to his father. Umakanth is currently taking care of the expenses without any sponsor but hopes to get one in the future.

Umakanth, who is a former rally driver, never forced Ruhaan to follow him into the sport. Ruhaan himself developed a liking for cars, at first looking at auto magazines.

Ruhaan's passion for cars began at three and half years. And in January, 2013, he went to Patel's Inn in Bangalore for a karting experience and since then he has not looked back.

This year was a big one for Ruhaan as he landed a contract with Fusion Motorsport, thus creating history by becoming the first Indian kid of this age to race for an international team.

"Despite having to adapt to a different country and climate as well as a totally different race kart and two challenging circuits, he progressed rapidly, listening to instruction and developing his speed and technique. On his final day was even lapping faster than some older drivers," Dan Hazelwood said.

Ruhaan, a shy boy, reveals his heroes are Lewis Hamilton, Michael Schumacher and the late Ayrton Senna. When he went to the UK for the first time this year to race, he revealed how difficult was it to cope with the cold weather.

Being on the race track doesn't mean Ruhaan has ignored his studies. He is good at academics too, securing 90% plus. From September, 2015, he will be at a new school and new set of friends in the UK.

"It is a lot of hard work and sacrifices for us"

"It is a lot of hard work and sacrifices for us," says Umakanth, who will leave behind his established business in the hands of his father.

Now, Ruhaan drives a 60cc kart in the Cadet Class. Till the age of 12, he will be competing in several races in the UK and later aim to participate in other countries in Europe. He has already got the NOC from Indian officials to race in the UK.

Having made the decision to be based in UK, Umakanth is clear in his mind that his son will always race for India not for any other country. "Ruhaan will always represent India no matter where he trains and stays," Umakanth mentioned.

Motor racing has the danger side to it, with crashes often seen on race track. And every early in his career, Ruhaan has dealt with one.

"We do know it is a dangerous sport. The fear is always there but we need to be positive. Ruhaan had a bad crash in the UK and we asked him whether he would want to continue and he said yes," Umakanth explained. 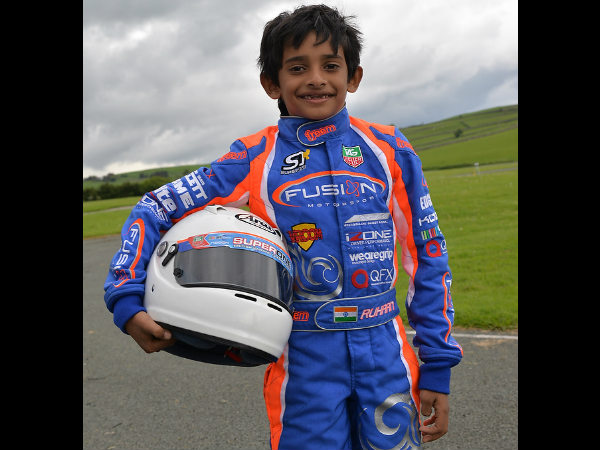 This talented boy is on the right track. He is a future star. Watch out for him.

Ruhaan is almost as quick his senior team-mates who are 11 and 12 years of age. He is currently only 4/10ths of a second behind the championship leaders after just 26 days of testing/racing with the team while the other drivers have already gained 3 to 4 years of experience in the Cadet Class after testing/racing 100 days in a year. He was "The Rookie of The Year" in just 6 races that he participated in.

What happens when Ganguly is angry!
View Sample
For Quick Alerts
ALLOW NOTIFICATIONS
For Daily Alerts