Turin, November 21: World number one Novak Djokovic revelled in his "phenomenal" year, despite his ATP Finals exit to Alexander Zverev.

A five-time winner of the season-ending tournament, Djokovic missed out on the chance to claim a record-tying sixth Finals title after falling to Olympic Games gold medallist Zverev.

While his year did not end the way he wanted, Djokovic reflected on another successful campaign, which saw the 34-year-old equal the record for most major trophies thanks to wins at the Australian Open, French Open and Wimbledon.

The end of another remarkable ATP Tour season for @DjokerNole. #NittoATPFinals pic.twitter.com/X6HHTG4WHY

Djokovic also missed out on becoming just the third man to complete the Grand Slam – a feat last achieved by Rod Laver in 1969 – after losing to Daniil Medvedev in the US Open final.

"It was a great season, no doubt. I did not play many tournaments, but still managed to end the year at number one for the seventh time, broke records for the year-end number one, historic number one, won three out of [the] four Slams," said Djokovic, who surpassed Pete Sampras for most year-ending number ones.

"The year was phenomenal. Maybe could have done better in some other ATP events. But all in all really good ending of the season as well with a title in Paris and semi-finals here."

On the match against Zverev, Djokovic said: "Of course we want to win against each other, but there is that respect and appreciation for each other that is more important than winning or losing. 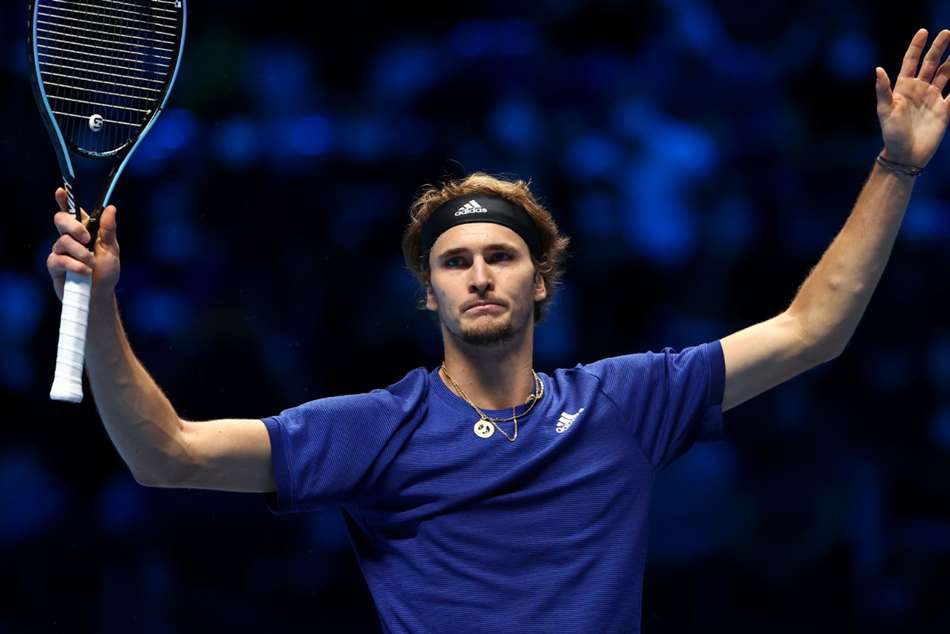 "That's something that I always had with Sascha. I really appreciate that. I wish him all the best. He's a great guy, fantastic tennis player, I'm sure soon to be a Grand Slam champion."

It will be the first Finals decider without a player aged over 25 since 2005, when David Nalbandian beat Roger Federer.

Zverev – the third seed – is bidding to become the first player to beat the world number one and two in the semis and final since Andre Agassi in 1990.

Russian number two Medvedev stands in his way and Zverev added: "Every time we play it takes hours. I have not spent more time on court with anybody other than him [Djokovic] this year.

"I am happy with the win and happy to be in the final here and to give myself the best chance for tomorrow [Sunday]."