By Patric Ridge
Updated: Friday, November 20, 2020, 9:20 [IST]
omnisport-MyKhel Team
For the first time since 2015, Rafael Nadal will feature in the last four of the ATP Finals after he overcame Stefanos Tsitsipas.

London, November 20: Rafael Nadal is relishing his first last-four chance at the ATP Finals since 2015, though his only regret is fans cannot be in attendance at the O2 Arena.

Nadal booked his semi-final spot with a 6-4 4-6 6-2 triumph over defending champion Stefanos Tsitsipas in London on Thursday.

The 20-time grand slam champion cruised in the first set but allowed world number six Tsitsipas to hit back in the second, though successive breaks at the start of the decider all but settled the contest. 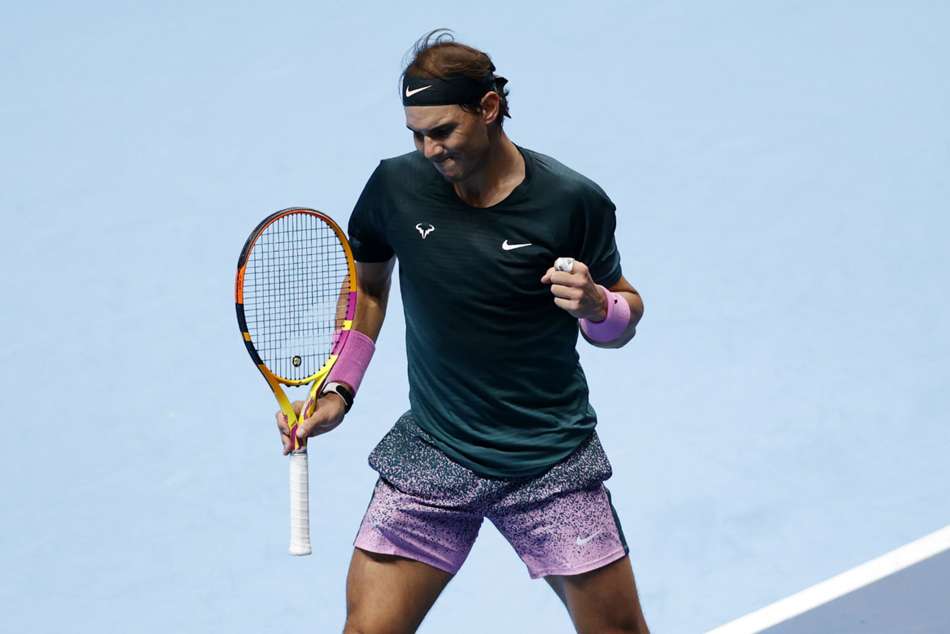 Nadal has never won the ATP Finals, with this the sixth time the Spanish star has made it to the semis in what is the last occasion the season-ending tournament will be played in London before its move to Turin next year.

While delighted to have sealed his last-four place – with a clash against world number one Novak Djokovic potentially next up – Nadal is disappointed he can not share the moment with fans, with crowds at sporting events in the United Kingdom still banned due to the coronavirus pandemic.

"I think I played quite well, for such a long time. That game, 5-4 in the second set, affected me a little bit," Nadal said in his on-court interview.

"I think I was quite comfortable until that moment, after that everything changed a bit, I started to serve a little bit worse but at the end a very positive match for me and for me to be in the semi-finals is another important thing.

"Last year I was a bit unlucky not to be in the semi-finals, the year before I had to pull out.

"It's always difficult to play here, against the best players in the world every single day, at the end of the season. This year is a little bit different.

"Sad for the situation, normally after this good match the atmosphere would be fantastic as always. It's a different story.

"It's sad to say goodbye to this amazing place, but it's what we are facing around the world so I'm just excited to be in the semi-finals and hope to be ready to try my best."

Nadal – an ATP Finals runner-up in 2010 and 2013 – also conceded that, with England currently in a state of nation-wide lockdown, he has found it harder to fill his time while not on the court.

"At the same time, it's a bit more boring than usual, with no chance to go out for dinner, so days in the middle are a bit longer, but I'm happy to have a good team around me, I'm trying to stay organised, stay impassioned."