Brisbane, January 7: A near-perfect Novak Djokovic won both his singles and doubles rubbers as Serbia beat France 2-1 to reach the quarter-finals of the inaugural ATP Cup teams event in Brisbane on Monday (January 6).

After Benoit Paire beat Dusan Lajovic to give France a 1-0 lead, Djokovic overpowered Gael Monfils in straight sets then teamed with Viktor Troicki to beat Nicolas Mahut and Edouard Roger-Vasselin 6-3, 6-6 (5/7), 10-3 in a spirited and emotional doubles clash.

The win, combined with South Africa's earlier defeat of Chile, means Serbia are assured of topping Group A with one round remaining.

Djokovic was in superb touch to level the tie following Lajovic's three-set loss to Paire in the opening rubber. 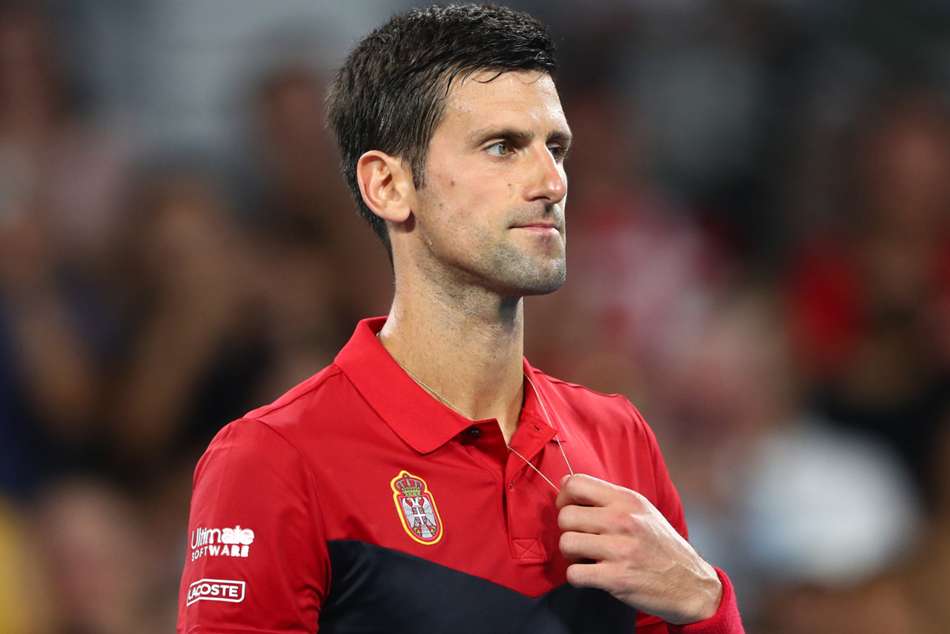 He had beaten Monfils in all 15 previous meetings and that perfect record never looked in danger as he dominated the Frenchman from the outset.

Djokovic, one of the best returners in men's tennis, put relentless pressure on Monfils' serve throughout, breaking him three times.

Djokovic said both he and Monfils had been affected by the humidity on Pat Rafter Arena.

"It was definitely some of the most humid conditions I've ever had in my career. I mean tonight was brutal," he said.

"Obviously playing Gael is never easy. You come into the court knowing you are going to have a lot of exchanges, a lot of rallies. He's a great fighter."

As the Frenchman began to show the effects of the humidity, Djokovic stepped up the pressure and eased to victory in 90 minutes in front of hundreds of chanting Serbian fans.

Paire won the first set comfortably and broke Lajovic to serve for the set at 5-4. But the Serbian broke back and then took the tiebreak against an increasingly angry Paire, who promptly smashed his racket and then threw two water bottles onto the court at the change of ends.

French captain Gilles Simon tried to calm him down but it took a courtside visit from Monfils to ease the tensions and Paire regrouped to take the third set and the match.

"Honestly, you know, if I'm alone on court I can break more than the racket, I can destroy all my rackets and leave the court," he said.

"So that's why they told me, just stay relaxed and you will see what happens."

In the early tie, former world number five Kevin Anderson showed he was on his way back after an injury-ruined 2019 when he thrashed Chile's Cristian Garin 6-0, 6-3.

Raven Klaasen and Ruan Roelofse made it a clean sweep for South Africa when they beat Garin and Jarry in the doubles 1-6, 6-3, 10-7.