Monaco, April 17: Novak Djokovic sauntered to a long-awaited victory in the first round of the Monte Carlo Masters and Jared Donaldson was involved in a confrontation with the umpire during his loss to Albert Ramos-Vinolas on Monday (April 16).

Djokovic had not won a match since the Australian Open back in January, but took only 56 minutes to knock out fellow Serbian Dusan Lajovic 6-0 6-1 in his opening encounter of the clay-court season.

Spanish duo Roberto Bautista Agut and Ramos-Vinolas made it through, the latter's victory somewhat overshadowed by Donaldson losing his cool with Arnaud Gabas.

Berdych was the only seed to bow out on day two of the tournament in the Principality.

His first win since January, and it feels so good! 😊@DjokerNole defeats Dusan Lajovic 6-0 6-1 in 56 minutes. #RolexMCMasters pic.twitter.com/v6jfvMyVoj

Former world number one Djokovic has had a year to forget so far, suffering shock losses to Taro Daniel and Benoit Paire in Indian Wells and Miami respectively after recovering from elbow surgery.

The 12-time grand slam champion was a shadow of his former self in those defeats in the United States, but looked very much at home in his first match of the year on the red surface.

He lost just three points on serve in the first set and returned superbly, showing no mercy on his compatriot in a one-sided encounter watched by a crowd of 10,200. 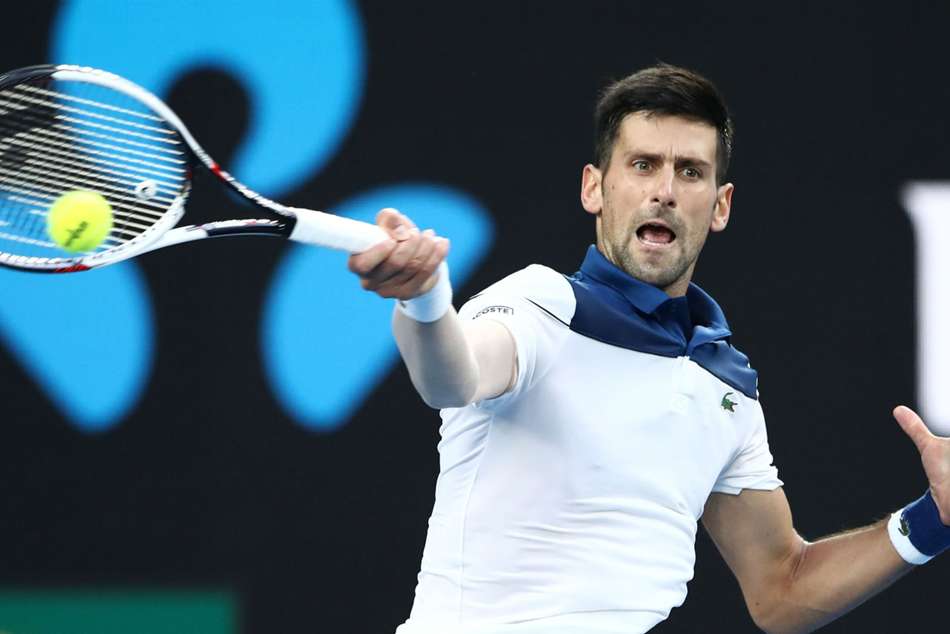 Djokovic, with coach Marian Vajda back in his corner

American Donaldson saw the red mist as he was consigned to defeat by Ramos-Vinolas.

The unseeded American could be hit in the pocket after a furious rant at Gabas during the second set of his 6-3 6-3 loss.

To say Donaldson was unimpressed with Gabas not calling a Ramos-Vinolas serve out would be an understatement, as he confronted the French official before calling for a supervisor.

A ranting Donaldson pointed at Gabas and shouted "show me the mark" before claiming "you're making up a mark because you don't like me."

Like Djokovic, Nishikori is also finding his feet after a lengthy spell out due to injury but a win over Berdych should serve as a big confidence boost.

Nishikori, down to 36 in the rankings, received on-court treatment for a sore wrist but battled his way into round two in his first appearance in the tournament for six years.

"It's actually great to come back this tournament," said the 28-year-old from Japan. "I haven't got a lot of matches this year. I hope I can play more matches on clay.

"I always enjoy this European season... I feel like Tomas was struggling a little bit in second, and third too. Nobody's expecting 100 per cent in the first couple of matches."