Djokovic makes it three wins from three at ATP Finals

London, November 17: Novak Djokovic has won all three of his group matches at the ATP Finals for the fifth time in his career as he warmed up for his semi-final against Kevin Anderson with a straight-sets win over Marin Cilic. 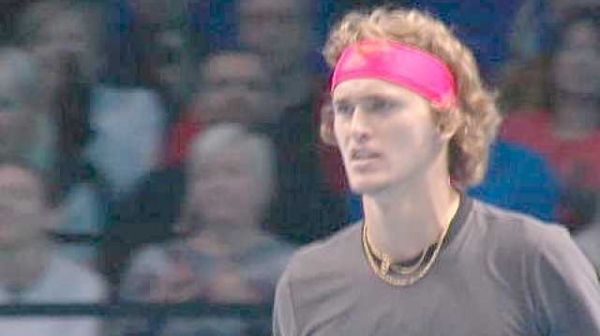 The Serbian arrived on court at the O2 Arena in London knowing he was already assured of top spot in Group Guga Kuerten having won each of his first two contests, and he is still to drop a set in London having beaten Cilic 7-6 [9-7] 6-2.

Cilic, who was already eliminated thanks to Alexander Zverev's win earlier in the day, had a set point to win the opening tie-break but Djokovic closed the door and claimed the opener at the second time of asking.

He then won five games in a row to claim a straight-sets success ahead of his meeting with Anderson, whom he beat in the Wimbledon final earlier this year.

Both Djokovic and Cilic were dominant on serve in the opening set, with the former passing up his only break point when he sailed a backhand long.

The Serbian did not drop a point on his first serve in the first set and he prevailed in the breaker when Cilic's backhand clipped the net and fell on his own side of the court.

Djokovic was unable to convert any of the three break points he had in Cilic's opening service game of the next set, or the first two he had when it was 2-2, but he finally wore the Croatian down to take the advantage.

Cilic was broken again and he handed Djokovic a match point when he failed to put away a makeable backhand winner, with the world number one sealing the victory by wrong-footing his opponent on the baseline.