Pune, January 31: Ace India tennis player Rohan Bopanna and his partner Arjun Kadhe have been awarded the wild card entry in the doubles at the third edition of Tata Open Maharashtra which is scheduled from February 3-9 at Mhalunge Balewadi Stadium here.

World No. 38 Bopanna, who clinched the doubles title in the last edition playing alongside Divij Sharan, will lead Indian challenge in South Asia's only ATP Tour tournament alongside local boy Arjun Kadhe. Sharan, who will partner alongside Artem Sitak, have already made into the main draw with direct entry. 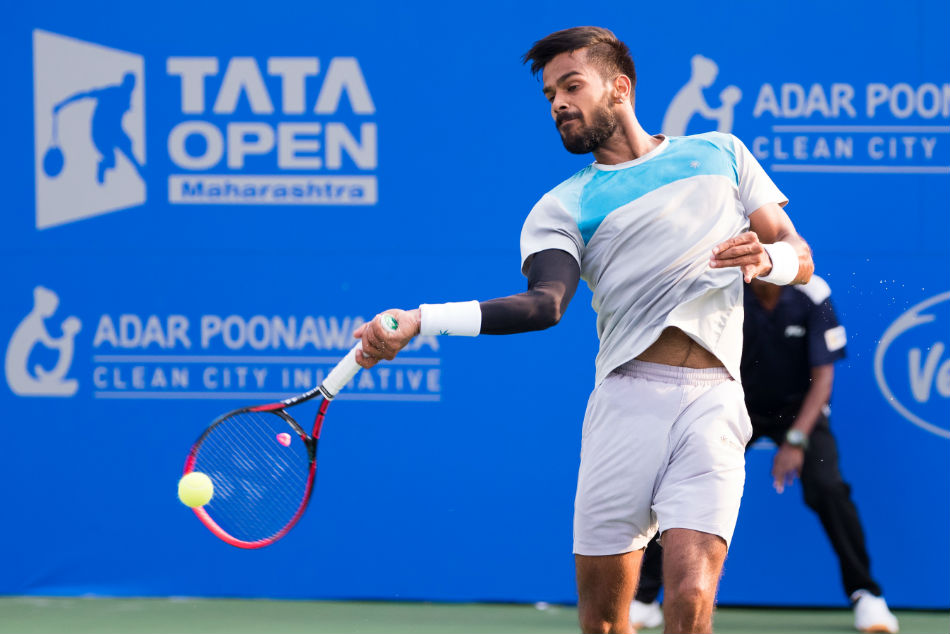 Kadhe also received wild card entry into the singles main draw while the third wild card has been awarded to young promising Indian player Sasikumar Mukund. "It's amazing to have Bopanna back in the tournament. He clinched the title in the last edition and we hope he will dish out the impressive show with Kadhe this year too," said Prashant Sutar, Tournament Director, Tata Open Maharashtra.

"This will be the first time that there are some many Indian players in the Main Draw, which is a great opportunity for the Indians as one of the primary goals of hosting this ATP Tour event in India has been to provide Indian players with a platform to not only provide them exposure but also help them to earn crucial ranking points," Sutar added.

The third edition of India's premier 250 events will see highest prize money in the tournament history.

"We are also introducing shot clocks for the first time in this tournament," said Sunder Iyer, MSLTA Secretary. The shot clocks will see counting 25 seconds allowed between the points. It was trialled at the Next Gen ATP Finals in 2007 and was also used at the 2018 US Open.

The third edition of the tournament promises an experiential experience for the spectators and budding tennis stars with the introduction of the LED backdrop at the court. The upcoming edition also aims to bring the players and fans closer with more interactions and social media interactions in the coming week.

"The main draw will be announced on January 1 while the qualifier rounds will be played on February 1-2," Hardikar said.