Punia - who bagged a silver medal in the previous edition - lost his semifinal bout against home wrestler Daulet Niyazbekov under controversial circumstances after sealing his Tokyo Olympics quota along with Ravi Dahiya on Thursday. 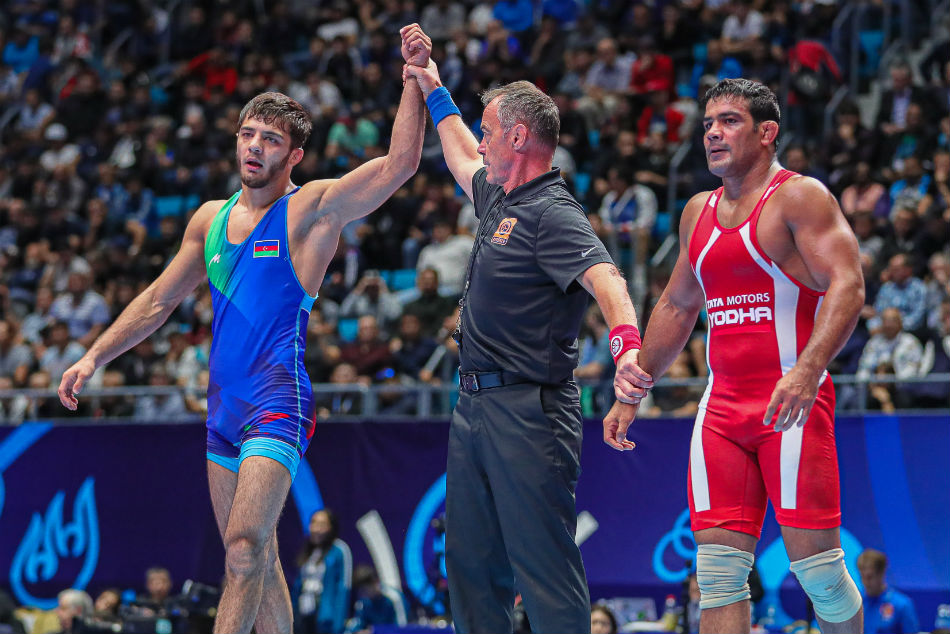 Sushil Kumar loses in opening round

Meanwhile, grappler Ravi Dahiya too secured a bronze medal in the competition after defeating Reza Ahmadali Atrinagharch of Iran 6-3 in Men's 57 kg category. This was his maiden world championship competition.

Ravi, who felled a few stars on his way to the 57kg semifinals, lost 4-6 to reigning world champion Zaur Uguev of Russia and will also fight for the bronze. Ravi also made it to the Tokyo Olympics in the 57kg after stunning Arsen Harutunyan, the 61kg European champion from Armenia and 2017 world champion and world number three Yuki Takahashi of Japan.

Earlier on Friday, India suffered a massive setback when two-time Olympic medallist Sushil Kumar was defeated in his first-round bout to Azerbaijan's Khadzhimurad Gadzhiyev in the men's freestyle 74kg category.

Earlier on Thursday, Bajrang's frustrated coach Shako Benitidis kicked the coach's block in anger after the 65kg bout ended 9-9 following a nerve-wracking six minutes. Since Niyazbekov was given a bigger throw of four points in the bout, he was declared the winner. In the fiercely-fought bout, the referee gave ample time to tiring Niyazbekov to catch his breath and he was not given caution at least thrice.

Instead, Niyazbekov was awarded four points when it was Bajrang who effected a throw at the edge of the circle.

"I challenged it and they should have given at least two points to Bajrang for that hold," said coach Benitidis. Several times, Bajrang raised his hands in frustration but to no avail. "It was clear that the mat chairman favoured the home wrestler," said a coach who did not wish to be named.