Apart from that, there will be a couple of storylined bouts featuring the long term rivalry of the marquee superstar of the company and the authority figures. 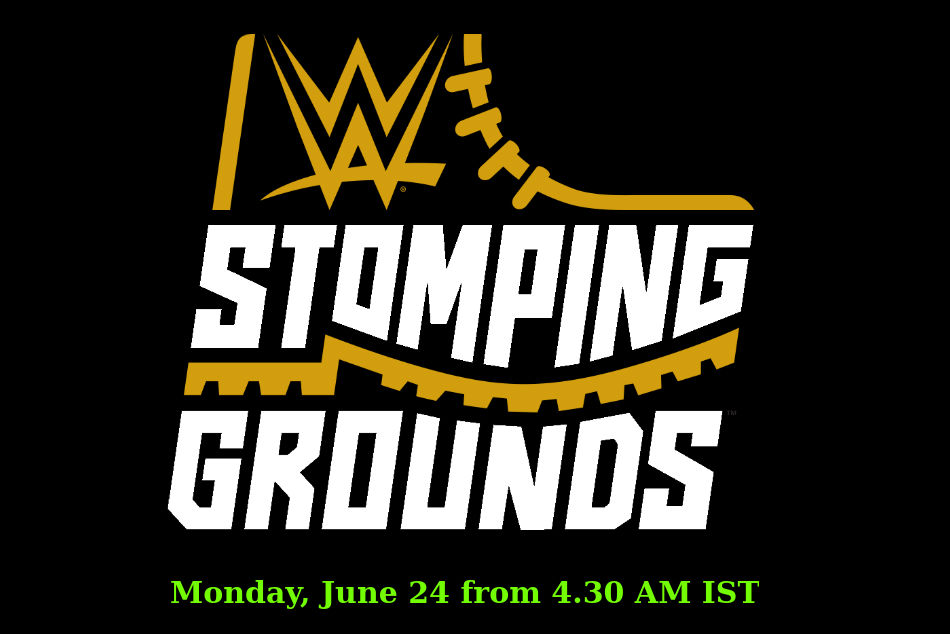 All you need to know about WWE Stomping Grounds 2019

Here are the top 5 reasons that you should not miss out on WWE Stomping Grounds:

CLASH OF THE TITANS: Roman Reigns vs. Drew McIntyre

Roman Reigns will be locking horns with Drew McIntyre inside the WWE ring. After McIntyre had aided Shane McMahon in his pursuit for bringing down Reigns to his knees, Roman Reigns has been looking forward to stomp McIntyre. Roman Reigns had last defeated Drew McIntyre at WrestleMania 35 in April this year with his trademark Superman Punch followed by a Spear. The match between Reigns and McIntyre is surely going to be as intriguing and exciting as it sounds.

WWE Universal Champion Seth Rollins will be clashing against ‘Lone Wolf' Baron Corbin to defend his title. During the special event, WWE Super ShowDown, earlier this month, Seth Rollins retained his Universal title by defeating Baron Corbin. During the match, Corbin got into an argument with the referee which provided Rollins a window to win the match. For this rematch with Rollins, Baron has been provided the right to select the Special Guest Referee which could potentially be a massive advantage for the Lone Wolf. Rollins will have to keep a tightened grip on the title by stomping Corbin into oblivion.

Lacey Evans will be locking horns with RAW Women's Champion Becky Lynch who has been a consistent hindrance in Becky's path. Evans has been continuously pursuing Lynch for her title, and as a result, it has become quite clear to Lynch and the WWE Universe that Evans will not be leaving anytime soon. Lynch had defeated Evans at Money in the Bank this year to claim her RAW Women's Championship title. Evans has been given a second opportunity to fight Lynch for the championship glory.

Dolph Ziggler will once again clash with Kofi Kingston for the WWE Championship title, this time in a steel cage. As an immediate aftermath of Ziggler's loss to the Dreadlocked Dynamo during WWE Super Showdown, Ziggler demanded a rematch within the confines of a steel cage. The two long-term rivals have battled it out against each other numerous times in the past and the fights have always been a treat to the fans. In spite of his unsuccessful attempt to dethrone Kingston from the title, Ziggler will be carrying forward the rivalry in Stomping Grounds.

WWE Smackdown Women's champion, Bayley, will be clashing with Alexa Bliss in WWE Stomping Grounds. Alexa had beaten Queen Charlotte Flair and Carmella in a Triple Threat match to become the No.1 contender against Bayley for her title at WWE Stomping Grounds. Alexa is technically a member of RAW but she took advantage of the Wild Card rule where superstars from RAW are allowed to make an appearance on SmackDown Live and vice versa.