Kuala Lumpur, July 6: Indian shuttlers PV Sindhu, B Sai Praneeth and Parupalli Kashyap advanced to the second round of the Malaysia Masters 2022 on Wednesday (July 6) at the Axiata Arena in Kuala Lumpur, Malaysia.

Sindhu began her campaign with a win over He Bingjiao of China in the first round of the women's singles category, while Sai Praneeth got the better off Kevin Cordon of Guatemala and Kashyap came from a game down to beat Indonesia's Tommy Sugiarto.

Playing on court 2, Sindhu won her match 21-13, 17-21, 21-15. Sindhu started off well, winning the first game. She lost the second game, but bounced back to win the final game to seal the match. Sindhu will next face Zhang Yiman of China. 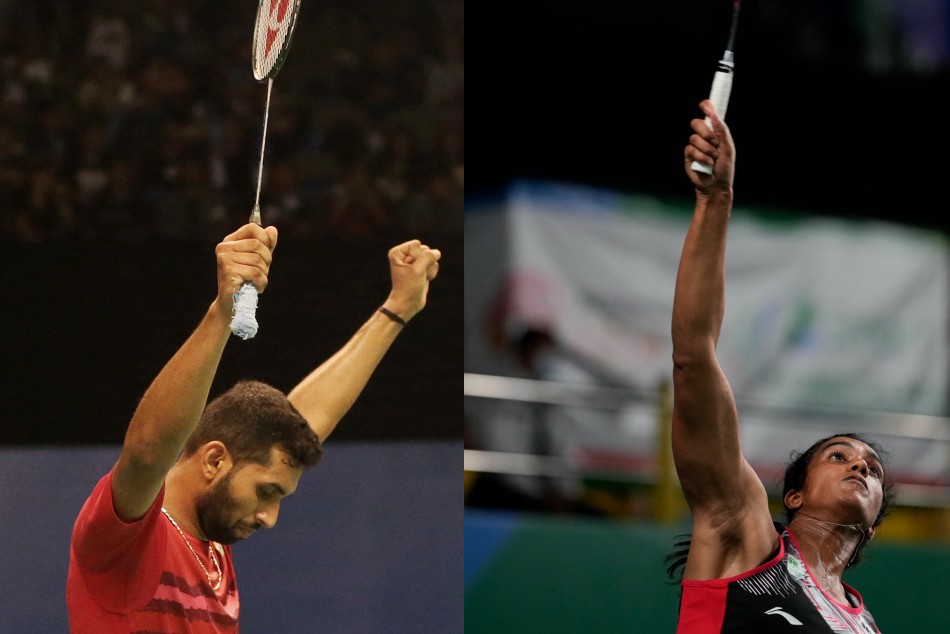 There was further disappointment after Sania Nehwal, who took the first game, crashed out of the competition, losing to Kim Ga-eun of South Korea in the first round of the women's singles category on court 4. Nehwal lost the match by a margin of 21-16, 17-21, 14-21.

Both the Indian shuttlers will now be hoping to bounce back in the Singapore Open 2022, which is set to take place at the Singapore Indoor Stadium in Kallang, Singapore, from July 12 to 17.

The Singapore Open, also known as Singapore Super Series 500, returns after a two years hiatus as the previous two editions in 2020 and 2021 was cancelled due to the COVID-19 pandemic.

Women's doubles pair of Ashwini Ponnappa and Sikki Reddy also lost their opening round match and exited the tournament. The Indian pair lost 19-21, 21-18, 16-21 to Febriana Dwipuji Kusuma and Amalia Cahaya Pratiwi of Indonesia.

Earlier on Tuesday (July 5), Malvika Bansod to Malaysia's Goh Jin Wei in the first round of the women's singles category. Playing in court 2, Bansod lost the match by a margin of 21-10, 21-17. Her Malaysian opponent was dominant, winning the match in straight two games.

In court 1, the Indian duo of Treesa Jolly and Gayatri Gopichand Pullela lost in the first round to the Malaysian duo of Thinaah Muralitharan and Tan Pearly in the women's doubles category. Also exiting the tournament on day 1 of the Malaysia Masters were doubles pairs Ashwini Bhat K & Shikha Gautam and Pooja Dandu & Arathi Sara Sunil.