Bengaluru, July 30: The Board of Control for Cricket in India (BCCI) has handed a back-dated eight-month ban on Indian opener Prithvi Shaw from all forms of competitive cricket for failing a dope test.

Shaw's period of suspension is eight months, starting from March 16 to November 15, effectively ruling him out of India's home series against Bangladesh and South Africa, which are part of the inaugural ICC World Test Championship. 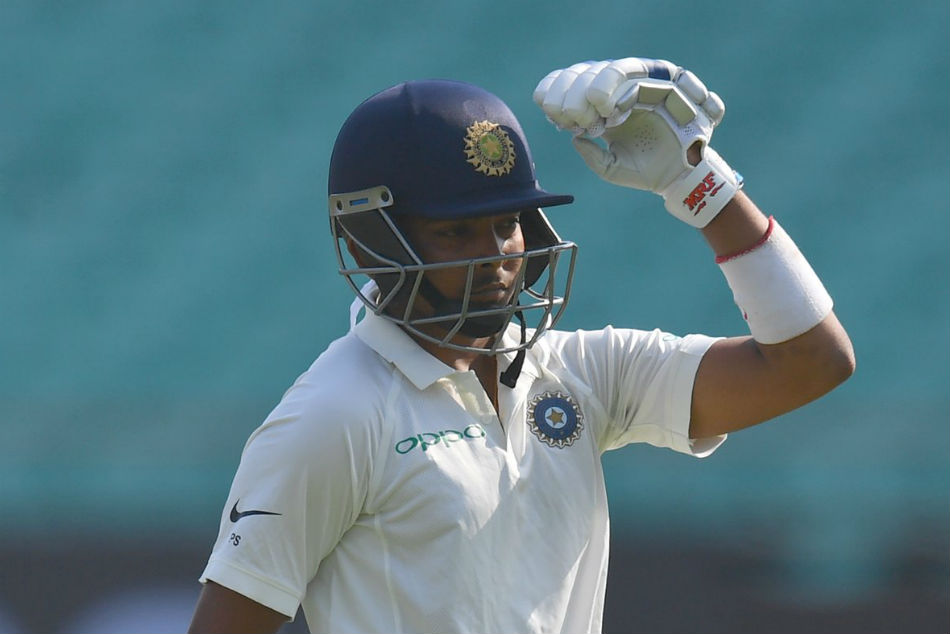 The 19-year-old, who has played two Test matches against the West Indies in 2018, was reportedly undergoing rehabilitation for a hip injury.

He had tested positive for terbutaline during the Syed Mushtaq Ali Twenty20 tournament in February.

Prithvi Shaw has been suspended for a doping violation.

He will be able to return to action on November 16th, 2019. pic.twitter.com/QeEZSseCmv

Along with Shaw, two other domestic players -- Akshay Dullarwar of Vidarbha and Divya Gajraj of Rajasthan -- have been charged with BCCI's Anti-Doping Rules Violation (ADRV).

An official BCCI release said that the Mumbai cricketer provided a urine sample as part of an anti-doping testing programme during the Syed Mushtaq Ali Trophy on February 22, 2019, in Indore (Madhya Pradesh).

The sample was found to contain terbutaline - a substance that is on the WADA Prohibited List of Substances. Following this finding, Shaw was charged with the commission of an ADRV under the BCCI Anti-Doping Rules (ADR) Article 2.1 on July 16, 2019, and provisionally suspended pending determination of the charge.

"Prithvi Shaw registered with Mumbai Cricket Association, has been suspended for doping violation. Mr. Shaw had inadvertently ingested a prohibited substance, which can be commonly found in cough syrups," the BCCI statement said.

As per the BCCI guidelines, Shaw is allowed to return to train with the team or use club facilities from September 15, 2019 - for the last two months of his period of ineligibility.

"Further to BCCI ADR Article 10.10.2, the eight-month period of Ineligibility will be deemed to have started to run on 16th March 2019, so that it will end at midnight on 15th November 2019," the BCCI statement added.

(With inputs from Agencies & other sources)