Buchanan: Chance at a fresh start for Lehmann and Australia

Melbourne, March 28: Former Australia coach John Buchanan believes Darren Lehmann has the opportunity to change the internal culture of the Aussie team and their tarnished image after surviving the axe amid the ball-tampering scandal. 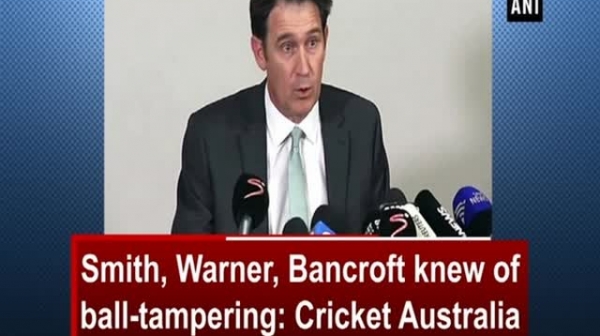 Lehmann was reportedly set to either resign or be sacked, with Australian cricket engulfed in crisis after Cameron Bancroft admitted to attempting to alter the condition of the ball with tape on day three of the third Test against South Africa in Cape Town.

However, Cricket Australia announced on Tuesday that under-fire coach Lehmann was unaware of the deliberate plot involving captain Steve Smith, David Warner and Bancroft – the disgraced trio sent home from the tour.

Smith, Warner and Bancroft will be sanctioned in the next 24 hours as Matt Renshaw, Glenn Maxwell and Joe Burns arrive in Johannesburg, where Tim Paine will continue to skipper the embattled Australians.

With Lehmann now set to remain in the job until the conclusion of his contract in 2019, World Cup-winning coach Buchanan told Omnisport: "It's good news for him and coaching, the profession of coaching.

"As coaches, who are really teachers and parents at different stages, that he has stuck by his values and principles, which are really about that spirit of cricket and how Australia sport should be played."

Looking ahead to Lehmann's future and the work needed to repair the damage caused by the controversy, Buchanan added: "He is certainly one key person in that [the rebuild]. The pressure in a sense is on all involved at Cricket Australia, playing the game, coaching the game, supporting the game, administrating the game. So the pressure is on everyone to make the right decisions and certainly to be seen that way and not just talked about.

"His first job is to just bring this group together as quickly as possible. Settle the group and allow them to try and play the best they can. One of the advantages for Lehmann and the group is they have three new players in the squad, and they have a new captain.

"There are elements to almost say it's a fresh start right from the word go. That will be part of Lehmann's job to harness that feeling and maintain that feeling on foreign soil, where South Africa will be buoyed by what's going on inside the Australia dressing room.

"It is one of Darren's strengths I think, however. It’s a start for him to begin a real change to not only the internal culture but what is actually seen on the field and how the players deliver their cricket."

Reflecting on the scandal that has angered a nation and led to condemnation from Australian prime minister Malcolm Turnbull, Buchanan said: "It's astonishing that it could happen in the first place. We very much believe in the values of the baggy green and what it stands for. It does stand for playing the game very skilfully, aggressively but playing it within the rules of the game and hopefully most of the time within the group spirit of the game, which sometimes doesn't happen.

"When your captain and your vice-captain step outside that mantra and spirit of how Australians play sport, it's extremely disappointing, shaming, embarrassing. It does make you angry and feel sick.

"But hopefully with these initial steps, those sorts of emotions will be a thing of the past."