Bengaluru, July 18: On Friday, Indian selectors will pick the squad for the West Indies tour kicking off on August 3.

The tour features three T20Is, three ODIs and two Tests besides one three-day match. The Test series will kick off on August 22 as part of the ICC Test Championship. After the semi-final loss in the cricket World Cup, India's primary aim is now to rebuild its middle-order that has looked fragile for a considerable time now. 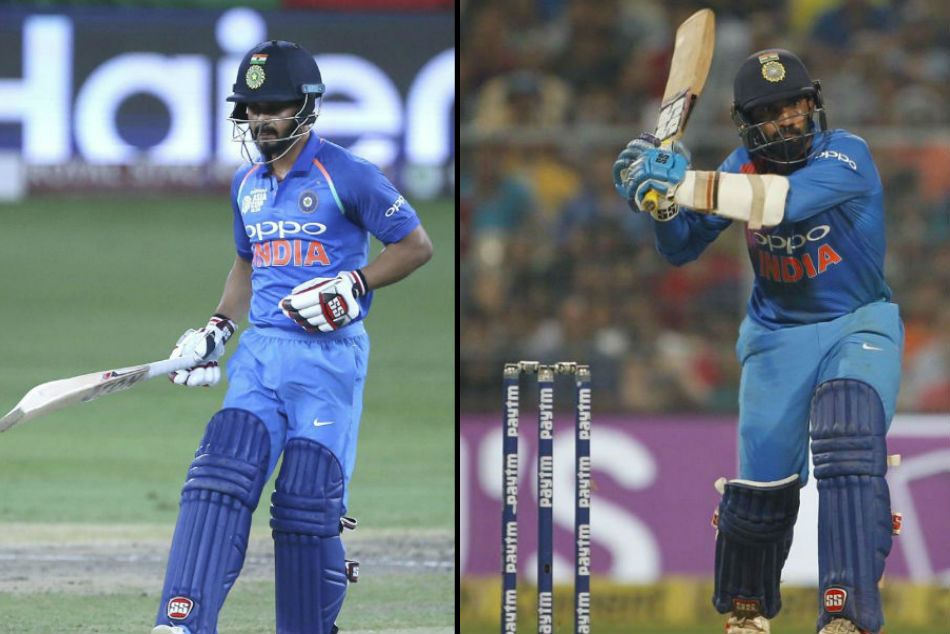 It is being reported that Dinesh Karthik and Kedar Jadhav, two members of India's World Cup squad, will not make it to the Caribbeans and young players like Shreyas Iyer will get the nod. Such a move will be a progressive one undoubtedly but it also makes it important here to spare some words for Karthik, India's eternal 'replacement cricketer'.

The 34-year-old wicket-keeper-batsman from Tamil Nadu made his international debut in September 2004 as a 19-year-old but has played only 94 ODIs in 15 years till now. Mahendra Singh Dhoni, on the other hand, made his debut in December the same year but just played his 350th game during the World Cup. The comparison between Karthik and Dhoni is unreal but the message is: between 19 and 34, what role did Karthik get to play in Indian cricket apart from chipping in for somebody else?

Karthik was one of those young wicket-keepers who were being tried after Nayan Mongia left a big void in the early 2000s. Apart from Karthik, the Parthiv Patels, Ajay Ratras, MSK Prasads, Deep Dasguptas, Sameer Dighes and Vijay Dahiyas (not necessarily in that order) had been used but none could go on to prove what the towering Dhoni did starting December 2004. The Ranchi wicket-keeper, by the virtue of his big hitting, had changed the roles that keepers are supposed to do in limited-over games and when he put the thinking hat of the captain on, he became even more unmatched.

And that in a way buried the hopes of other wicket-keepers that India had - the more traditional ones who marked the beginning of the tail enders rather the conclusion of the top order. Captains like Sourav Ganguly had even gone to the extent of making Rahul Dravid his keeper since there not many effective keeper-batsmen around and making Dravid the glovesman meant India could accommodate one extra batsmen.

Karthik hung around even after Dhoni era started

With the idea of keeper-batsman more changing into that of batsman-keeper once Dhoni arrived, the likes of Parthivs and Karthiks found the bar raised too high. The others had lost out either because of off form or age, but since Parthiv and Karthik were too young when they started, they still had the chance of working on their batting and they did it. Parthiv's keeping standard was poor compared to Karthik who continued to hang around as a handy batsman when the vacancy for keeping wasn't available. He continued to earn the spot of the second wicket-keeper, if not the third. 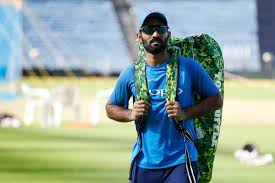 But now, it seems the days of Karthik are numbered, at least in the ODIs. In the Tests, the rise of Rishabh Pant saw Karthik losing his place in red-ball cricket in England last year and after the ordinary show that he put up in the cricket World Cup, it seems curtains for him in the 50-over format. Karthik will still play in T20Is one supposes for his Nidahas Trophy final heroics are yet fresh memories.

But for a cricketer who lasted 15 years in international circuit, it is unfortunate to see that he is yet to have an identity of his own apart from being a replacement player.