Broad, playing his 140th Test for England, dismissed West Indies opener Kraig Braithwaite leg before as his 500th victim in the longest format of the game. He got the wicket in the first session of the final day of the third and deciding Test match against the Windies.

The tall right-arm pacer is the second English bowler after James Anderson to enter the elite club and seventh player overall. Prior to Broad, only Courtney Walsh (WI), Glenn McGrath (Australia) and Anderson (England) were the only pacers to claim 500-plus Test wickets.

Anderson was the last bowler to enter the club. Interestingly, Braithwaite was Anderson's 500th Test victim as well during Windies' tour of England in 2017.

Broad - who is a regular member of the England Test squad - was dropped in the opening Test match against Windies at Southampton and he had to wait to complete the milestone. He made a terrific comeback in the second Test match, played at Old Trafford where he claimed six wickets. 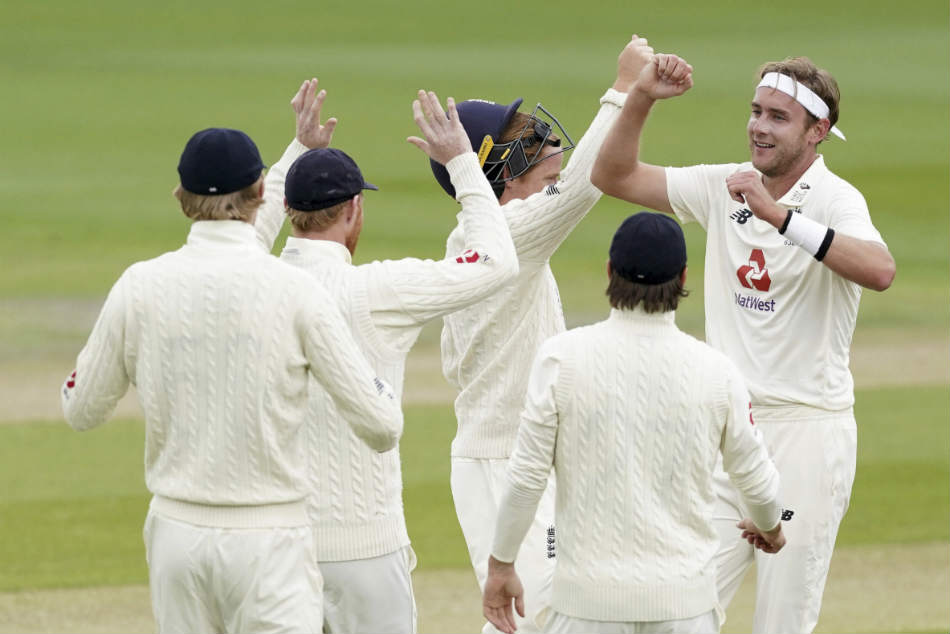 He then bagged a six-for in the first innings of the third Test match and proved why he's one of the biggest match-winners for his team.

Here are the bowlers who have more than 500 Test wickets: