Manchester, June 24: Faf du Plessis believes South Africa have failed to do themselves justice at the Cricket World Cup, after a 49-run defeat to Pakistan extinguished their semi-final hopes.

Defeats to England, Bangladesh, India and New Zealand had left South Africa needing a victory at Lord's on Sunday to stand any chance of securing progression to the last four.

But they never looked likely to threaten Pakistan's haul of 308-7, and the Proteas ultimately finished on 259-9.

Without the injured Dale Steyn, South Africa have failed to impress, and captain Du Plessis suggested a crisis in confidence is the reason for their meek displays. 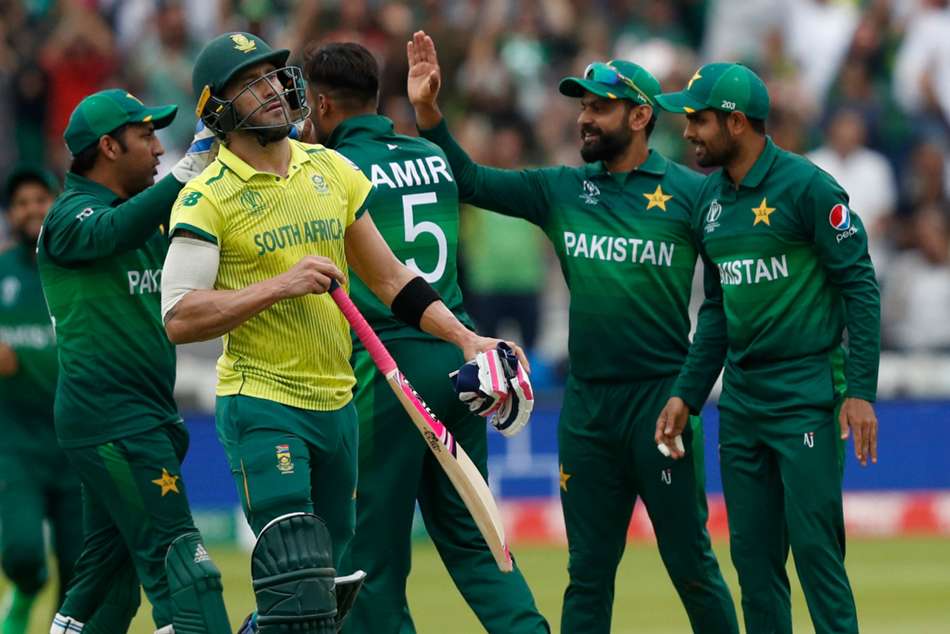 World Cup hopes all over for South Africa

"We're not doing ourselves justice as a team, with the skill that's in that dressing room.

"We started poorly with the ball and gave them a good start. And once again we made the same mistakes with the bat, guys getting in and then getting out.

"We need to have a good start but we haven't had that. We're losing a wicket early almost all of the time. That's been the nature through the tournament, the timing of the wickets.

"We're struggling with confidence, especially in our batting line-up. Confidence in sport is an amazing thing.

"When you're playing well, the ball just falls more for you. Our confidence is low after a few games and everything becomes a little bit more challenging, especially playing against a quality team like Pakistan."

One player who has impressed for South Africa is Imran Tahir, who became the Proteas' leading wicket-taker in World Cup history when he sent Iman-ul-Haq and Fakhar Zaman back to the pavilion.

"He has been amazing," Du Plessis said of Tahir. "He has been exceptional throughout this tournament, he's played with a lot of heart and he's led our bowling attack.

"He has been consistent in every game. But there hasn't been enough guys standing up like him and that's why we find ourselves in this position."

While South Africa will be heading home once the group stage is complete, Pakistan – who have games against New Zealand, Afghanistan and Bangladesh to come – have a glimmer of hope of making the semi-finals, though captain Sarfraz Ahmed concedes his side, who dropped several catches during the Proteas' innings, must improve in the field.

"We have to work hard on our fielding," Sarfraz said. "Again we dropped so many catches today, so we have to sort these things out to win against top teams."