I am fine, will be in my hotel room tomorrow: Brian Lara 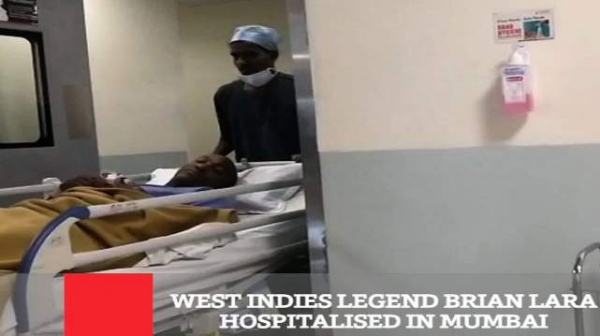 Mumbai, June 25: Brian Lara's countless fans heaved a big sigh of relief after the West Indian great on Tuesday said "I am fine and will be back in my hotel room tomorrow" following his hospitalisation here due to chest pain. 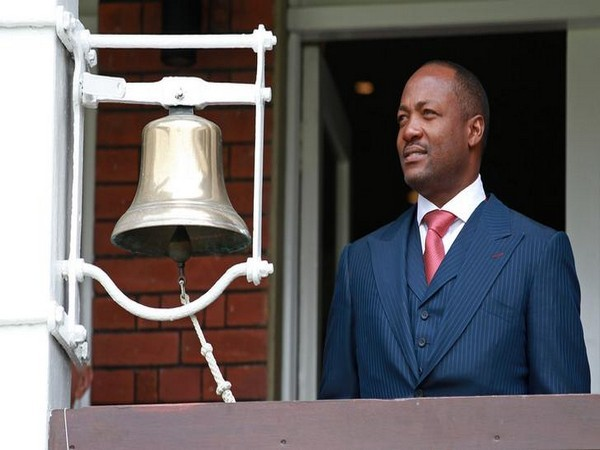 West Indies batting great Brian Lara hospitalised in Mumbai due to discomfort in chest, could be discharged soon

Lara was admitted to a city hospital after complaining of chest pain. The former West Indies captain, who is in India as an expert for the official broadcasters of the World Cup, said he felt uneasy after an extended workout session in the morning.

"I know everyone is very concerned about what is happening. I may have just extended myself in the gym this morning. I was getting a pain in my chest and I just thought that it was best to see a doctor. I was taken to the hospital, pain continued obviously and a lot of tests were done," said Lara in an audio message posted by Cricket West Indies.

Lara may be a tad unwell but his wits were intact even while lying on a hospital bed. "I am just chilling in my hospital bed, watching England versus Australia...not a big fan of England, hopefully Australia can restrict England.... I am going to be alright. My phone is going non stop so I am going to switch it off. Not that I would like to switch it off because I would like to speak to my family.

UPDATE: Message from @BrianLara
"I am fine. I am recovering and I will be back in my hotel room tomorrow"
🚨AUDIO ON 🚨. Click below to hear Brian's full message ⬇️⬇️⬇️:https://t.co/mWQVBkbJtj pic.twitter.com/cogFzpEjxR

"Just letting everyone know that I am fine, recovering and I will be back in my hotel room tomorrow. Couple of the tests came back already. Doctors were happy that there is nothing major. Thanks again for your concern," he added.

Before Lara spoke, a source close to the former West Indies captain had said there was nothing to worry about. "He had an angioplasty (a procedure to open narrowed or blocked blood vessels that supply blood to the heart) done two years back and today was a regular check-up as there is always a fear of heart pain. He is fine now and will be discharged soon," the source had told PTI.

Earlier, the hospital authorities were tight-lipped about why Lara was admitted and refused to divulge any details. "As a policy, we respect our patients and their right to privacy. Till the time the patient doesn't give us consent, we cannot divulge anything about him. Please respect his privacy. At this point, we cannot say anything," Dr Jigna Shrotriya, the Medical Superintendent of the Hospital, had said in a brief statement issued in the evening.

She was asked repeatedly about the speculation that Lara underwent an angiography, a common test to check blockages in arteries or veins, after being admitted to the hospital in the afternoon but Shrotriya declined to comment. The former batsman is in the country as an analyst for the official broadcasters of the ongoing World Cup. "But he was not shooting for the last couple of days," the source had said.

The 50-year-old from Trinidad, considered one of the greatest batsmen to have played the game, was admitted to the Global Hospital in Parel. Lara played 131 Tests for the West Indies and averaged 52.89 for his 11,953 runs, while his 299 ODI appearances yielded 10,405 runs at 40.17.

The legendary left-hander is the first and only player to have registered 400 runs in a Test innings, playing the incredible unbeaten knock against England in 2004 in Antigua. He also holds the record for the highest individual score in first-class cricket, 501 not out for Warwickshire against Durham at Edgbaston in 1994.