Bengaluru, October 26: The Taliban administration took to social media to congratulate the Afghanistan national cricket team, who started their ICC T20 World Cup 2021 Super 12 with a 130-run rout of Scotland at the Sharjah Cricket Stadium on Monday (October 25).

Hazratullah Zazai (44), Rahmanullah Gurbaz (46) and Najibullah Zadran (59) propelled Afghanistan to a total of 190 for four that always looked well beyond Scotland.

No wonder they quickly wilted in the face of a mammoth chase at Sharjah. 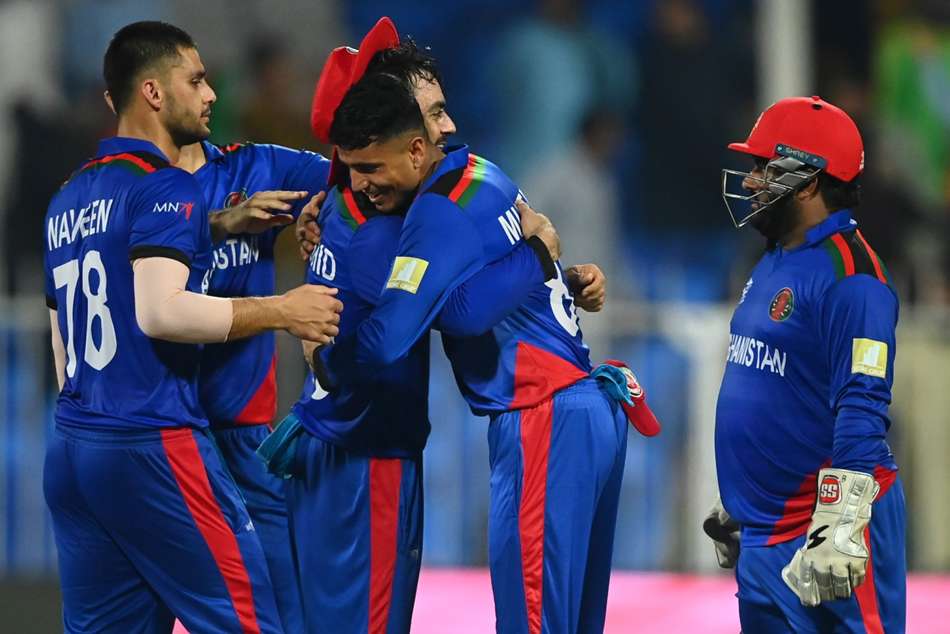 Mujeeb Ur Rahman took career-best figures of 5-20 and Rashid Khan claimed 4-9 to bowl Scotland out for just 60.

The victory sees Afghanistan surge to the top of Group 2 at this early stage.

After the win, Taliban spokesperson Suhail Shaheen send a congratulatory message, "Congratulation to all Afghan cricket team and the entire Afghan nation for the historical win against Scotland. Well done boys! May Allah favour you with future victories".

Congratulation to all Afghan cricket team and the entire Afghan nation for the historical win against Scotland. Well done boys! May Allah favour you with future victories.
Keep it up!
T20-world cup-2021

While the Taliban frown on many forms of public entertainment, cricket has always been an exception, a game the fighters followed closely even during the war whenever the national team was playing.

However, there was relative silence across Kabul, where such victories were previously met with jubilationn in the streets, fireworks and celebratory gunfire. There were only a few, small fireworks seen in the Kabul sky.

The streets were mostly empty or silent.

Afghanistan next take on Pakistan on Friday (October 29) at the Dubai International Cricket Stadium.

The Afghans were clinical in their win against Scotland.

Scotland were swiftly on the back foot as Afghanistan piled on 55 runs for the loss of just one wicket in the powerplay and Mohammad Nabi's side did not let up.

Zazai and Zadran each cleared the rope three times and Gurbaz hit four sixes, the stand of 87 between the latter duo pivotal in Afghanistan posting their highest T20 World Cup score.

Scotland in a spin Scotland's highest successful chase is 181 but they saw a promising early start fade badly as Afghanistan's spinners took hold.

George Munsey (25), captain Kyle Coetzer (10) and Chris Greaves (12) were the only players to reach double figures as Mujeeb and Rashid ripped through the line-up. 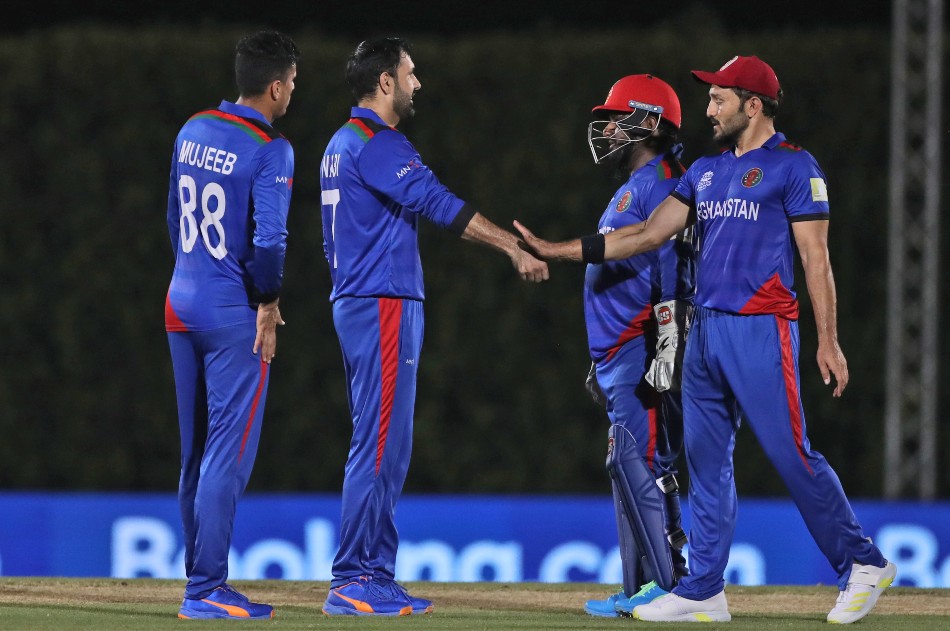 Afghanistan had found finds itself in turmoil after the Taliban takeover of the country in August.

The cricketers could not get much practice due to the situation at home and there was also a controversy over team selection with star spinner Rashid Khan stepping down soon after the squad was announced. 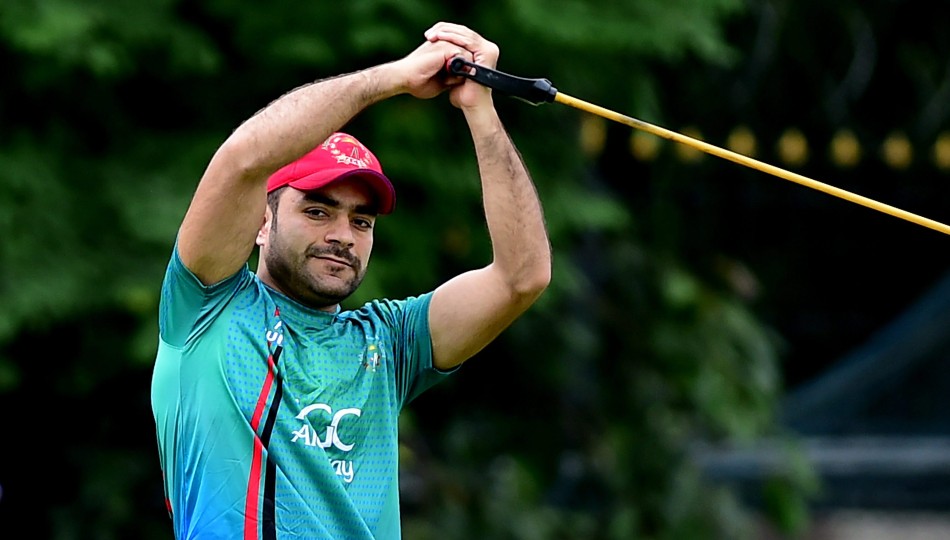 Few last minute changes were made and veteran all-rounder Nabi was back to lead the team.

Notwithstanding their controversial build-up, Afghanistan had shown what they are capable of in the two-warm ups that they played in the lead up to the tournament.

They lost to South Africa before wrapping up their preparations with a win over defending champions West Indies.

And on Monday they continued that form into the Super 12's with a resounding win against Scotland.