Mirpur, December 6: Trying to pick up pieces after a demoralising defeat, India's decorated top-order will be desperate to change the narrative and give a better account of itself against slow bowling in the do-or-die second ODI against Bangladesh in Mirpur.

Having failed to take the last wicket when Bangladesh needed more than 50 runs, Indian bowlers could not deliver but there is no denying the fact that a star-studded batting line-up needs to show more responsibility.

The last time India played a bilateral series in Bangladesh was back in 2015 when under Mahendra Singh Dhoni, the team lost the three-match series 1-2 and the only win came in the dead third rubber. 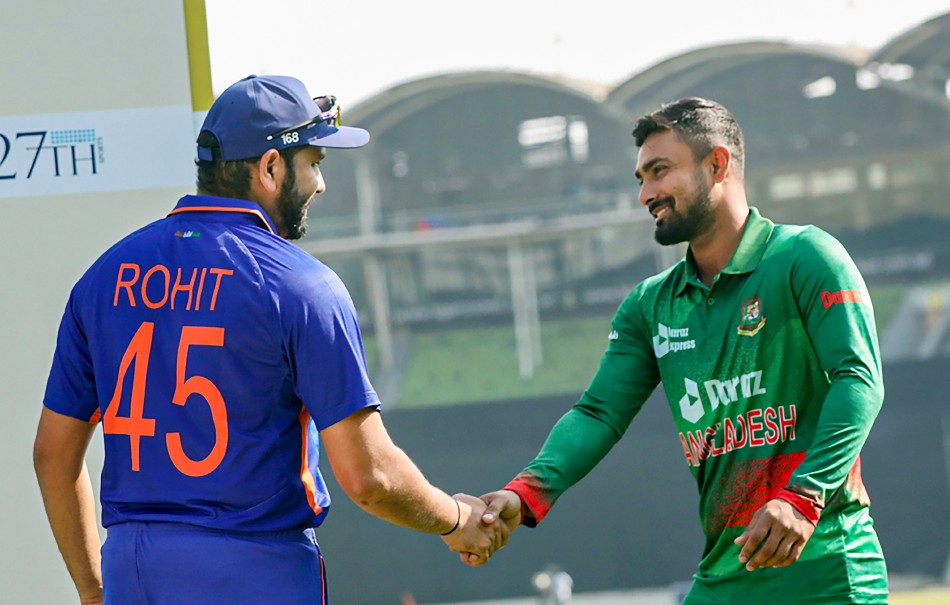 History could repeat itself at the Sher-e-Bangla Stadium if spinners Shakib Al Hasan and Mehidy Hasan Miraj can once again keep the Indian batters under wraps between overs 11-40.

That was the real period of struggle for all Indian batters, save KL Rahul (73 off 70 balls) who was the best player on show in the opening game.

While there are still 10 months left for the ODI World Cup, it is not yet clear what exactly will be Indian team's approach. The talks around adopting a "fearless approach" has been going on for some time but its implementation has only been sporadic.

At times, adapting to conditions and reacting to situations has got more prominence. The track at Mirpur wasn't exactly a batting beauty but it also didn't warrant a score of 186.

The erstwhile selection committee's decision to rest both Shubman Gill and Sanju Samson for this series has been equally baffling.

The logic given by the former chairman of selectors Chetan Sharma was that due to a short turnaround from New Zealand, they have picked a fresh bunch of players for the series.

Gill wasn't a part of T20 World Cup and also didn't play the T20 series in New Zealand (he was part of the squad though) and hence leaving him out was baffling.

One of the problems with the Indian top order players is that they are accelerating the run-rate but at the same time consuming way more dot deliveries than they should.

In the match against Bangladesh, dot balls worth more than 25 overs were consumed even as they batted for less than 42 overs. If the eight overs that they couldn't bat is taken into account, the team missed out on scoring off almost 200 balls.

In modern-day cricket, when England is changing the rules of engagement across formats in every sense, the Indian team is taking one step forward and four backwards.

The idea of handing the gloves to KL Rahul wasn't about increasing flexibility in the team but to ensure that both Rahul and Dhawan could be fitted in the same playing XI, going into the World Cup.

Samson, one of the most flamboyant players, wasn't even picked for this series and Ishan Kishan, who scored a 93 in his last ODI series, despite being a specialist keeper-batter was benched.

Rajat Patidar and Rahul Tripathi in the brief period they have been picked in the Indian team have been travellers and it is still not clear how the team management plans to test these youngsters before pruning the list to may be 18-20.

The tough calls haven't yet been taken by coach Rahul Dravid and captain Rohit Sharma and it doesn't look like it will be taken any time soon.