New Delhi, April 19: Mumbai Indians all-rounder Krunal Pandya feels that the time his younger brother Hardik spent away from the game has helped him become a better cricketer. 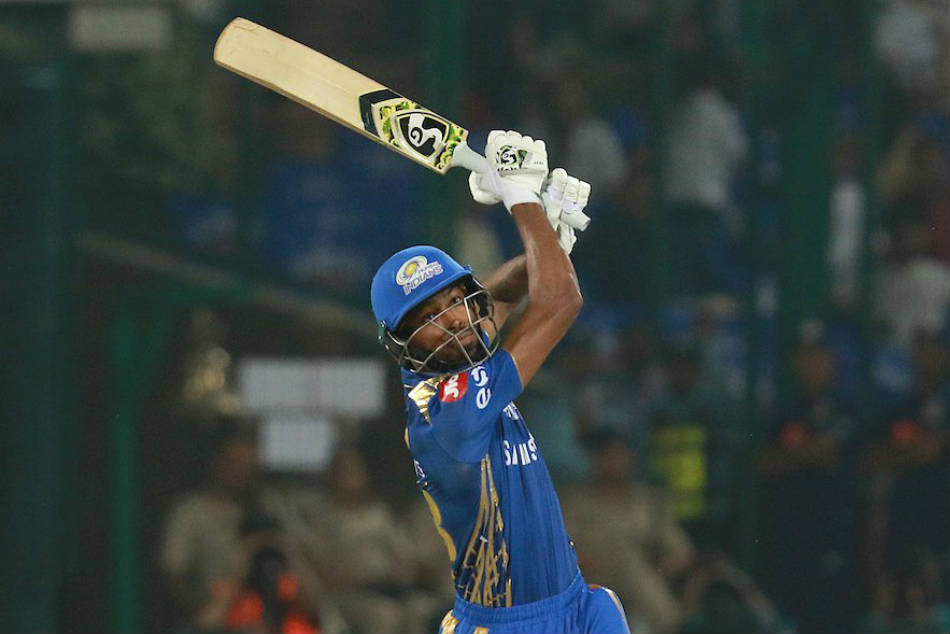 Hardik seems to be in menacing form with the bat ahead of the World Cup, having overcome a back injury and a massive controversy following his sexist comments on a popular TV show.

"When he was away from the game due to injury and the other reasons (controversy), he worked a lot on his fitness. We started playing the game together and one thing that I can say that cricket has always been his priority. Honestly, there are very few players who have a work ethic like him. His goal is always to improve and if you do that, you become consistent," said Krunal after the Pandya brothers guided Mumbai to a 40-run win over Delhi Capitals here on Thursday.

Be it spinners or bowlers with express pace, Hardik has developed the ability to hit them out of the park. "Earlier he used to smash spinners, now he is also doing the same to pacers. He worked on that area during the off time he got and he has gotten the desired results," said Krunal.

"What I like most about him is his never give up attitude. Every year, he is adding something or the other to his game. In fact, I have also a learnt a lot from him."

Hardik (32 off 15) and Krunal (37 off 26) had amassed 51 off last 18 balls to propel Mumbai to 168 for five against Delhi Capitals. Krunal said the extra 20 runs in the death overs made all the difference on a difficult Kotla wicket.

"I guess while batting it was a very tricky wicket. When I went inside and when Hardik came in we were not aiming for 170, we thought 145 was a good total on this wicket. The way Hardik batted, it changed the momentum for us and we ended up with those extra runs," he said.

"While bowling we knew how the wicket would behave and our bowlers knew to how to bowl on it."

While bowling, Krunal, who picked up the wicket of Colin Munro, also tried to bowl with a slingshot action like Kedar Jadhav. "The way T20 is going, you have to keep coming up with something new. The batsmen are hitting sixes from ball one and Rishabh (Pant) was batting, so I thought it was a good time to try something new," said Krunal.