Bengaluru, April 26: While the 11th edition of the Indian Premier League is in full swing, concerns about the 2019 season have already surfaced. With the country's general elections to be held next year, the Board of Control for Cricket in India (BCCI) might have to look at options outside the country. 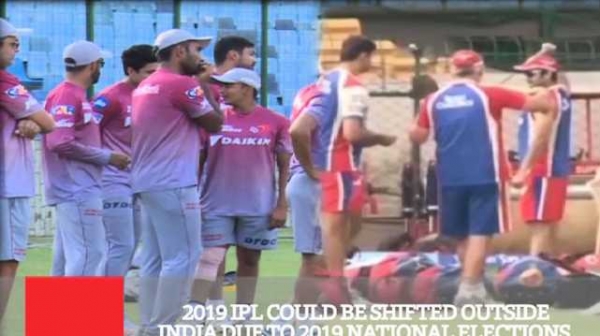 United Arab Emirates (UAE) will be the most likely destination for the BCCI if next year's Indian Premier League dates clash with the country's general elections. The 12th edition of the IPL will be held from March 29 to May 19 next year but BCCI are aware that there remains a possibility of elections happening around that time of the year.

IPL, which is the most-popular franchise-based cricket league, usually starts in the month of April. The dates for the 12th edition was announced after the schedule of the ICC Cricket World Cup was confirmed on Tuesday. The IPL will be immediately followed by the ODI World Cup, which is slated to be held in England and UK from May 30 to July 14.

"Due to the Lok Sabha elections, the IPL next year may take place in the UAE. We will only take a call when the situation arises, but we are ready for any such eventuality. United Arab Emirates looks to be the most likely country where it would be shifted if need be," a senior BCCI official told PTI on the condition of anonymity. "UAE's time zone suits the Indian audience unlike South Africa," he stated.

In the UAE, matches are played at three venues -- Sharjah, Dubai and Abu Dhabi. The franchise-based cricket league has been shifted twice in the past due to the general elections. In 2009, the second edition of the IPL, the entire tournament was shifted to South Africa, while in 2014, the first two weeks of the tournament was held in the UAE.

The ongoing edition of the IPL, which kicked off on April 7 at the Wankhede Stadium, with Chennai Super Kings defeating defending champions Mumbai Indians, has reached the halfway mark, and the final is set to take place on May 27.

(With input from PTI & agencies)