IPL 2019: MS Dhoni barges into the field to lodge his protest with umpires: Experts term it unfortunate

Jaipur, April 12: Chennai Super Kings captain Mahendra Singh Dhoni lost his bearings on the cricket field for the very first time as he rushed into the field of play to confront Indian umpire Ulhas Gandhe for not signalling a no ball, an act which certainly seemed out of line.

It was on the fourth ball of 20th over of the Chennai innings, when a waist-high full toss bowled by Ben Stokes to Mitchell Santner. Initially, it looked as if umpire Gandhe was about to signal no-ball only to decide otherwise.

Dhoni was seen shouting 'No ball' from the dug-out as Ravindra Jadeja was seen arguing with the umpire. Jadeja, who had hit Stokes for a maximum on the first ball of the over could have taken a single to get to the strike for Santner walked into the middle just a ball prior to that but sensing it was a No-ball and that they'll get a free hit on the next delivery, Jadeja went for a double. 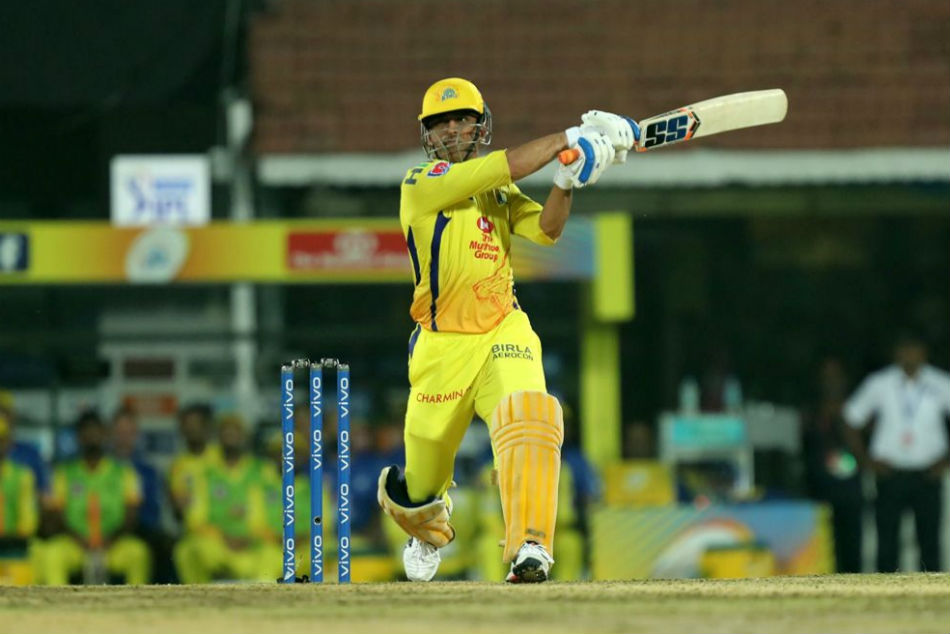 To everyone's horror, an angry Dhoni entered the field of play, which certainly isn't allowed as per rule and took the umpire head-on. He was seen angrily gesturing at the umpire before leg umpire Chris Gaffaney asked Dhoni to leave the field of play.

Here's how people reacted on Twitter to Dhoni's gesture:

This is not a good look for the game ... No place at all for a Captain to storm onto the pitch from the Dugout ... !! #IPL

Umpiring standards have been pretty low in this #IPL and that was a no-ball given and reversed. Enough to feel crossed and miffed. But the opposition captain has no right to walk out on the pitch after being dismissed. Dhoni set a wrong precedent tonight. #RRvCSK #IPL

We are never short of drama, are we!! The straight umpire has called no-ball, square leg umpire says no!

Among the firsts for me in today's game was the sight of Dhoni walking out onto the ground. As @MichaelVaughan said on #CricbuzzLIVE it is something he will realise he shouldn't have done.

Dhoni did for his team rights as a captain 😡😡 pic.twitter.com/id9gdoga7U

Save this video clip for ages to come, cuz after the discovery of black hole this week, this is an another rarest of rare picture in the history of mankind- "THE ANGRY DHONI"!!!#RRvCSK pic.twitter.com/mEIi65jAVb

The umpire is well within his right to overturn a No-Ball or any decision on the field for that matter. Surprised with how Dhoni handled it. It was so unlike Captain Cool #RRvCSK

Umpiring this season has deteriorated! Some times you feel what do you play for, the cup or the fair play award? #RRvCSK #VIVOIPL congratulations #msd for 100th win as captain. #GameBanayegaName

Unedifying to see @msdhoni lose his cool the way he did in the last over, storming on to the field to demand a no-ball. Even if right in his assessment of the delivery, wrong to be so demonstrative IMO

The strait umpire had no business to call a full toss no ball right away, it could be either pressure or some brownie points 🤔🤔, either way a blatant call #RRvsCSK #IPL #IPL2019 #BadriBytes

What shocked many was when official broadcaster Star Sports' presenter Murali Karthik lost a golden opportunity to ask the former India captain about the incident when it seemed he was game about answering the tough questions.

"You again took the game deep?" asked Karthik and Dhoni wittily replied, "By being there at the end do you mean having a conversation with the umpires?"

There was no follow-up questions after that.

MS Dhoni willing to talk about his confrontation with the umpires, even joked about it first up. And Murali Kartik doesn't ask a single question about it! Most atrocious post-match presentation I've seen. How do you let a whole presentation go by without asking that? #RRvCSK

Yes @msdhoni did cross the line while entering the field to argue with umpire Gandhe. But post match presentation session anchored by Kartik went without a query on that. Need people who ask tough, right questions on such nights. #RRvCSK #IPL2019 #RRvsCSK #Dhoni