Rajkot, October 5: Former West Indies all-rounder Carl Hooper said the lure of bagging an IPL contract has hurt the Caribbean outfit in Test cricket as most talented youngsters' "ultimate goal" is to play in the cash-rich T20 league.

The past disputes between the players and the Cricket West Indies are well-documented and the IPL has contributed to the team's travails in the longest format, felt Hooper.

The veteran of 102 Tests and 10,000-plus international runs is back in India after 16 years to commentate on the two-Test series.

"We should have seen this coming (IPL impact on Windies cricket). T20 cricket is here to stay. You got more leagues in play than what it was five years ago. It is crazy. It is going to affect us because for most young players, the ultimate aim is sign a contract with an IPL side," he said. 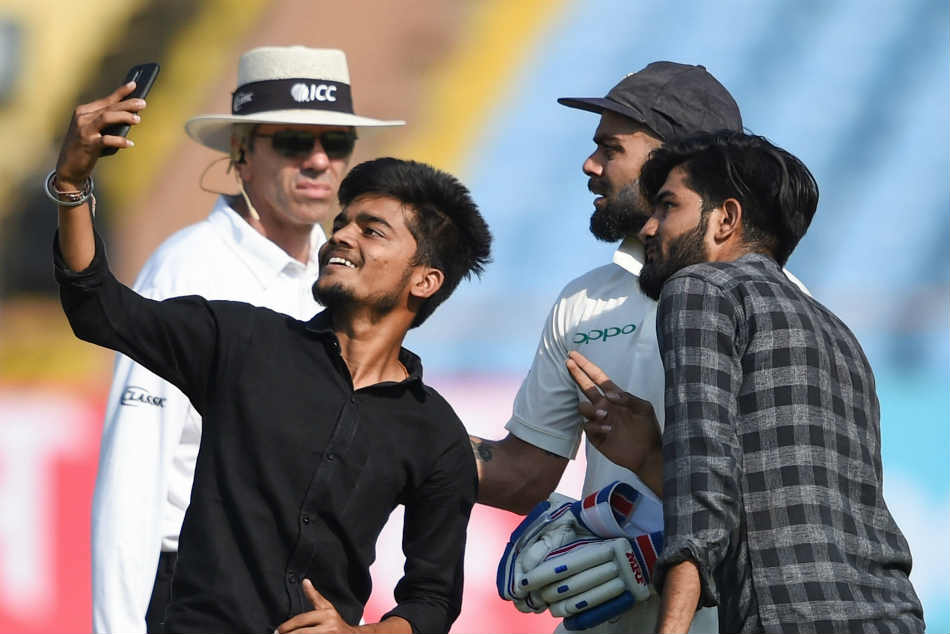 "So it would have a bearing on his availability for Windies cricket including Tests," said Hooper, who now runs a chain of restaurants at his adopted home Adelaide.

Owing to pay disputes and with the option of playing T20 leagues around the world, the likes of Chris Gayle, Dwayne Bravo, Kieron Pollard and Sunil Narine prefer playing the shorter formats.

"The IPL is just a six-week window but we have had situations where we have had someone like Sunil Narine, who picked up six wickets in his last Test (in 2013), has not played for us again. Same goes for Gayle and Kieron Pollard.

"I am not saying they were finished products in the longest format but at 26-27, lets say if Pollard played Test cricket, who knows he could have developed as a good Test cricketer.

"But he stuck to the shorter formats. So we are missing players. Evin Lewis just decided to push back on a central contract. He is good enough to play Test cricket. So the shorter versions of the game curtail our progress. Having said that, it would be unfair to blame the players for making the choice (of playing IPL). We all want to be financially secure at the end of the day," said the 51-year-old from Guyana.

Hooper cited another example which could hurt the Test team. "Someone like a Shimron Hetmyer, who has had very good CPL, is highly rated. Now he can be picked up in the IPL next season and I would hate to lose him to the IPL."

Despite playing for close to 20 years, Hooper was not able to secure his future financially. He moved to Adelaide 21 years ago, married an Australian and is now a happy owner of Paparazzi, a multi-cuisine restaurant.

"I am not going to judge players who choose IPL for Windies. You cannot be upset with a guy who doesn't want to sign a central contract as he wants to play in other leagues. It is a tough situation. Virat Kohli can stop playing today if he wants to but none of our guys can afford to do that," said Hooper.

"But I am still optimistic. The board needs to implement policies that take the game in the right direction. Your first-class level is probably good enough and that is why you can test Prithvi Shaw at such a young age. But ours is failing and to revive that, lot of work needs to be done at U-16 and U-19 level," he said.