After Quinton de Kock (140 not out off 70 balls) and KL Rahul (68 not out off 51 balls) shared an unbeaten record opening stand to take LSG to 210, KKR went agonisingly close, but Stoinis held the nerve as Evin Lewis took a stunning catch to dismiss Rinku (40 off 15 balls) to seal the match. 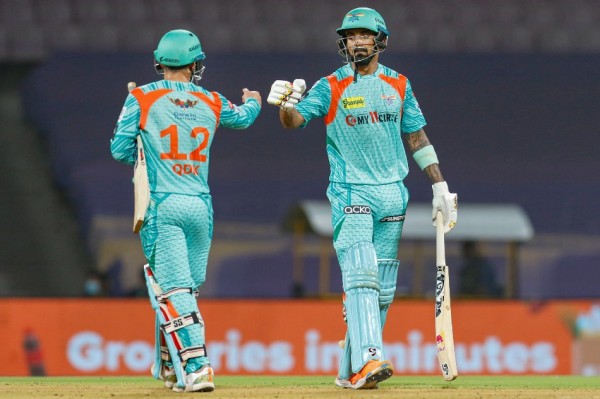 While the result ensures LSG's route to the playoffs, it also sends KKR home after they suffered their eighth defeat and end the season with 14 points.

Earlier, opting to bat first, the opening duo shared the highest ever partnership in IPL, smashing 14 sixes and 13 fours in their knock. Their partnership was also the third highest for any wicket in IPL history.

None of the KKR bowlers could pose any challenge with Sunil Narine returning with figures of 0 for 27, while Tim Southee and Andre Russell conceded 57 and 45 runs in four and three overs respectively.