Lawry will remain the 'Voice of MCG'

Bengaluru, April 18: As cricket coverage in Australia went for a major overhaul for the first time in four decades with Fox Sports and Seven Network breaking Channel Nine's monopoly, the first thing everybody wants to know is whether one would get to hear Bill Lawry again.

The 'king of entertainment', Lawry has been part of the Channel Nine's commentary team since the 'Packer Days'.

Though Lawry's presence in the Channel Nine box has been limited for the past two seasons due to ill-health, he still calls the shots on the traditional Boxing Day Test match at Melbourne Cricket Ground (MCG).

Lawry is the last link in a golden era of Channel Nine commentary team which boasted the likes of the late Richie Benaud, Tony Greig and the enterprising Ian Chappell.

And keeping in mind his popularity, it is understood that though Fox and Channel Seven will have a new team of commentators in place, Lawry will be given his due.

According to reports in Australian media, Fox and Channel Seven want the 81-year-old at least in a part-time role for the Boxing Day Test at MCG and for the One-day Internationals at the iconic venue.

Lawry, on his part, refused to confirm anything though, by saying, "I've got no comments to make at this stage." 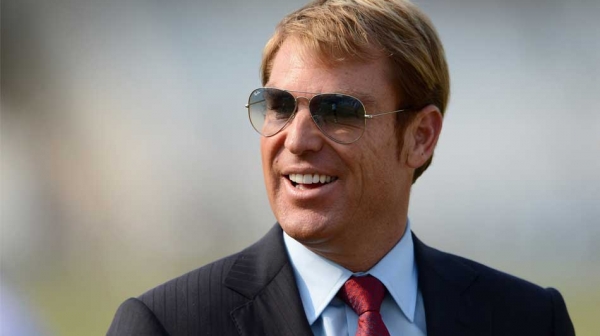 However, the grapevine is that from the old Channel Nine team, leg spin legend Shane Warne will also survive the axe as he is also, like Lawry, expected to be given, a part-time role.

Shane Warne is also expected to be retained

But it is presumed that others like Chappell, Mark Taylor, Michael Slater, Mark Nicholas and Michael Clarke are on their way out.

Though Foxtel chief executive Patrick Delany stopped short of confirming on having Lawry and Warne on board, he dropped sufficient hints to indicate that the former is very much on their radar.

"It's a little early to be talking about who the commentators are. All I know is our team will look young and inclusive. But there's nothing wrong with a bit of grey hair in that. We're not ruling out anyone, I've already had my three brothers on the phone about getting Bill (Lawry) on board. We've got grey hair all over the place. Why is diversity just about women. It should be about all races and ages," Delany was quoted as saying in the Australian media.

Delany's statement should certainly be a sigh of relief for millions of Lawry fans all over the world as is evident from these tweets.

Dear @7Sport & @FOXSportsAUS ,
Please take Bill Lawry as part of the cricket rights. All others I am fine to move on from.
Cheers.

No doubt... not only in Australia but around the world..I remember we used to get up early in our part of the world and listened to the great voices of bill Lawry, Tony greig, Ian chappel, Ritchie benaud etc in early morning silence..

Nothing has been more dramatic on the Boxing Day at MCG than Lawry's trademark "Got 'im" and "Its all happening".

His exuberance and class of narration is something which is unmatched. He has been the 'Voice of MCG' for many years and one hopes he continues to remain so despite Australia undergoing its biggest media shake up for the first time since the Packer Circus.