New Delhi, Sep 16: Virat Kohli on Thursday (September 16) stunned the cricketing world as he announced stepping down as the captain of the T20I side after the T20 World Cup 2021, scheduled in October.

The India captain took to his Twitter handle to post a statement and stated the decision was taken after discussing with head coach Ravi Shastri, his limited-overs deputy Rohit Sharma as well as the selectors. Kohli, in his statement, also announced that he has informed the BCCI secretary Jay Shah and BCCI President Sourav Ganguly. 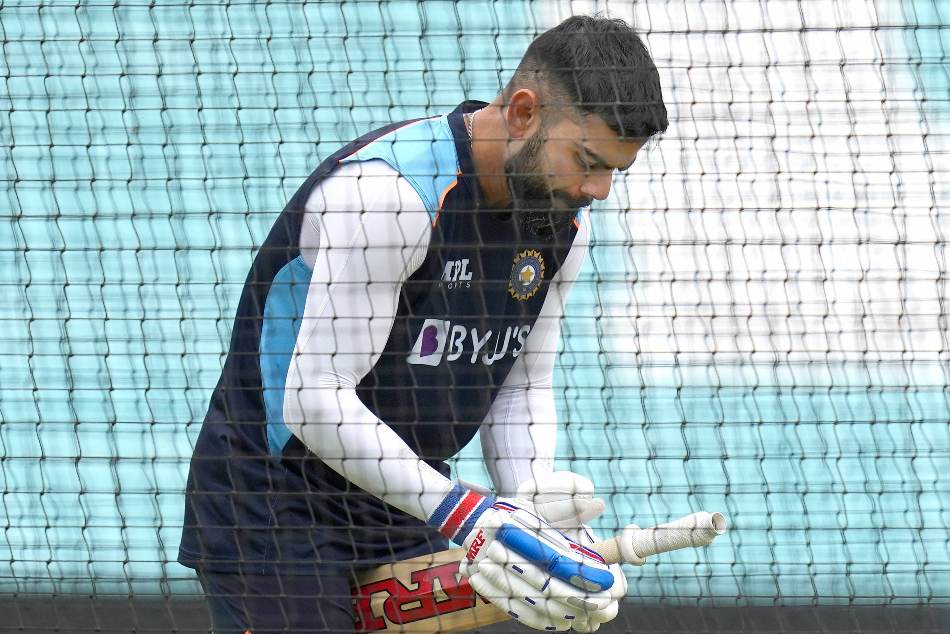 Kohli - who took over as Team India captain in the limited-overs format in 2017 - has so far led the Indian cricket team in the T20Is in 45 games. India registered 27 wins and lost 14 games under Kohli's leadership. Two games ended in a tie and as many games ended in no result.

"After a lot of contemplation and discussions with my close people, Ravi bhai and also Rohit, who have been an essential part of the leadership group, I've decided to step down as the T20 captain after this T20 World Cup in Dubai in October.

"I have also spoken to the secretary Mr Jay Shah and the President of BCCI Mr Sourav Ganguly along with the selectors about the same. I will continue to serve Indian Cricket and the Indian Team to the best of my ability," Kohli's statement read.

Virat's intensity was insane. I had thought he would give up the captaincy of #RCB which would give him two months off as leader. Hopefully this can give his mind the rest it needs and who knows, find him another peak as a T20 batsman.

Among all captains of major teams with 25+ games:
-only two have better win-percentage than Virat's 64.44
-no one has better average than Virat.#ViratKohli https://t.co/9bz36cXIKo

King #Kohli @imVkohli announces that he'll step down as the Indian T20i captain after this #T20WorldCup. He'll continue as the Indian captain for the Test & ODI formats 👍 #ViratKohli

Thanks @imVKohli for your contribution as the #TeamIndia captain. As a young talent the focus and determination you have showed as the captain is unmatched. The most impressive aspect was the way of maintaining balance between captaincy and individual performance.

Not entirely unexpected. Many Stories swirling around, pressure was building up. whether Kohli felt he was being pushed into a corner and played this hand I don’t know but good decision all things considered. Reduced burden on him and gives team a fresh mind to lead https://t.co/GeVoEO3AVu

For those questioning his batting form in T20Is, he still averages 52 with a strike rate of 140. I think there's a communication gap between BCCI and Virat. The timing of this decision isn't gonna favour anyone.#ViratKohli #captaincy #BCCI https://t.co/xeHIVPReCR

Big heart. No captain who's won series in nz sa aus eng wi ind would ever step down